When most people hear the word Porsche they usually think of the 911, even though the first cars were designated the 356. The 356 hit production in 1948, and ran until 1965. Interestingly, the 911 which would replace the 356 was launched 2 years earlier in 1963. Despite the difference in model designation, the outside envelope and drivetrain configuration of both cars were very close. The familiar shape and mechanical layout conceived by the car’s designer, Ferdinand “Ferry” Porsche are still in use today. The 2020 Porsche Taycan is an all-electric sports car that still resembles the familiar 911 shape. The 911 is an icon, and people don’t like anyone messing with an icon. The 911’s original air cooled engine design was so coveted by enthusiasts that there was much controversy when it was retired in 1998 to be replaced with more conventional water cooling. I wonder if the Taycan has the battery bank laid out in a “flat six” configuration. 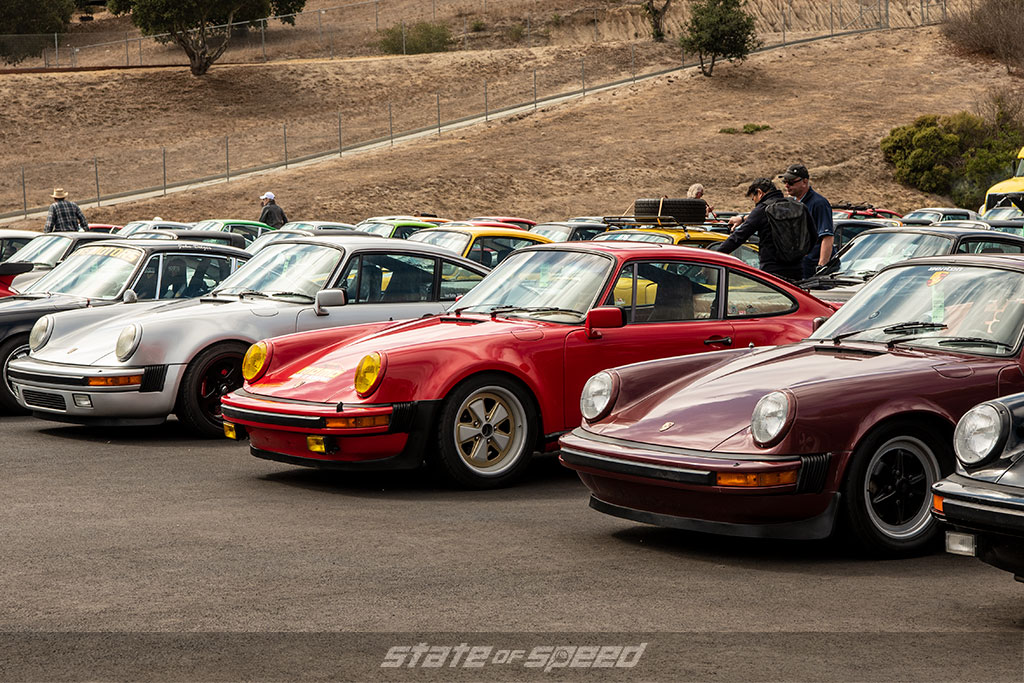 Most people drive their Porsches on the street. Although the 911 was known for simplicity, and driving pleasure, they were still luxurious, and rather expensive. They were out of reach for many. That fact created envy, and also spawned the Porsche snob. It’s easy to be a snob when you are so successful. Racing on pavement, Porsche has earned an impressive 19 overall wins at Le Mans to go with over 50 class wins. They also have endurance wins including 18 at the 12 Hours of Sebring, and another 18 at the 24 hours of Daytona. They have won the FIA World Endurance Championship three times, and own 12 manufacturer, and team titles in the World Sportscar Championship.

While no Porsche snob in their right mind would get their prized 911 muddy, there were those who were quite successful competing in the dirt; including the factory. While some wanted luxury and status, the cars durability and performance made them perfect for rally, hill climb, and offroad competition. Off the pavement, Porsche has four Monte Carlo rally titles, and a couple of Dakar Rally wins. The exotic all-wheel drive Porsche 959 was originally developed to compete in Group B rally competition but was never realized due to the cars cost. The 959 did however take 1st, and 2nd place at the Paris-Dakar rally in 1986. Porsche already won the Paris-Dakar rally in 1984 with a 911 RS/SC 4x4. The win in 1986 was with the same driver, Rene Metge in one of the two 959 models entered. 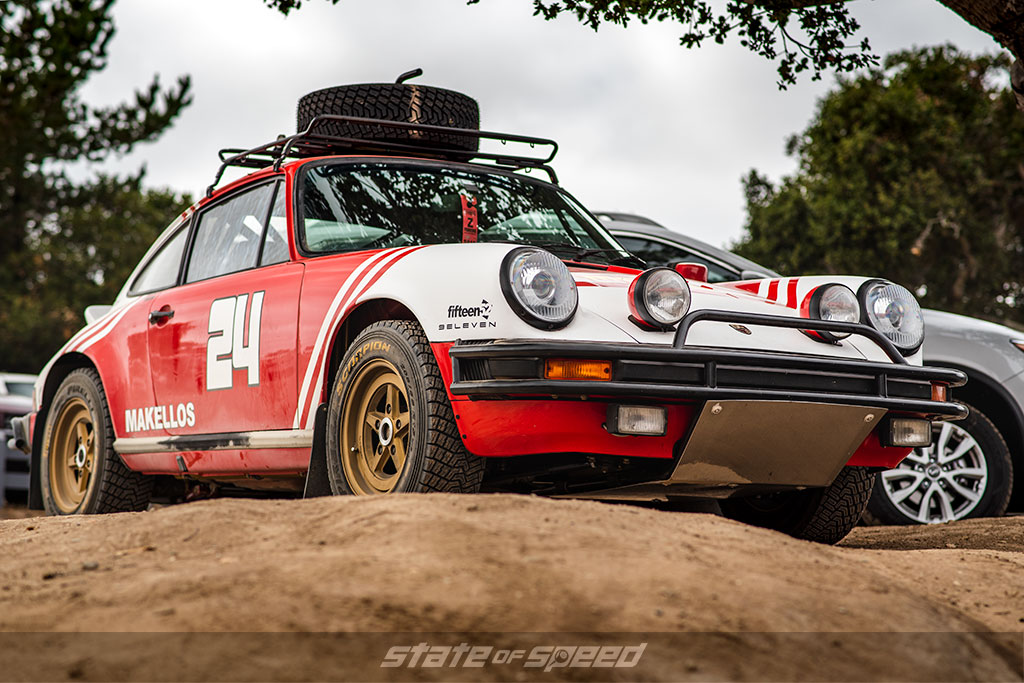 If you wanted to run a rally today, you would probably contact the Tuthill Porsche team. They outfit Porsche 911’s for rally competition. In 2013, they built 17 vintage 911’s for the East African Safari Classic Rally in Mombasa. 15 of the 17 cars finished the grueling rally. A Safari 911 that you need to check out belongs to Kelly-Moss Road and Race Director of Operations, Andy Kilcoyne. His 911 is extensively modified for the dirt.

So are these 911 Safari builds just to thumb their noses towards Porsche purists, or are they legitimate offroad performers? Certainly Porsche’s own success in the dirt would demonstrate that the latter is the case. Surprisingly, one of the 911’s greatest weaknesses on pavement makes the car superlative in the dirt; Trailing Throttle Oversteer. Those three words strike fear into 99 percent of Porsche 911 owners. Because the engine is mounted in the rear, the back end of the car outweighs the front. The ratio for the 911 varies from 58 to 60 percent of weight on the rear wheels. The most extreme case was the 1979 930 turbo. It had 63.8 percent of the weight in the back end. When you cut the throttle sharply on a rear engine car, the heavy rear end can act like a pendulum. The back end will come around, and cause uncontrollable oversteer. Uncontrolled Trailing Throttle Oversteer on pavement is bad. Controlled Trailing Throttle Oversteer in the dirt with grippy offroad tires is a blast. Just let off the gas for a second, flick the steering wheel opposite to where you want to go, and then bury the throttle to drift through the corner. On the pavement the goal is to drive at the limits of your tires adhesion without going overboard. On the dirt, it’s much more fun to hang it out in the turns, but that’s not all. 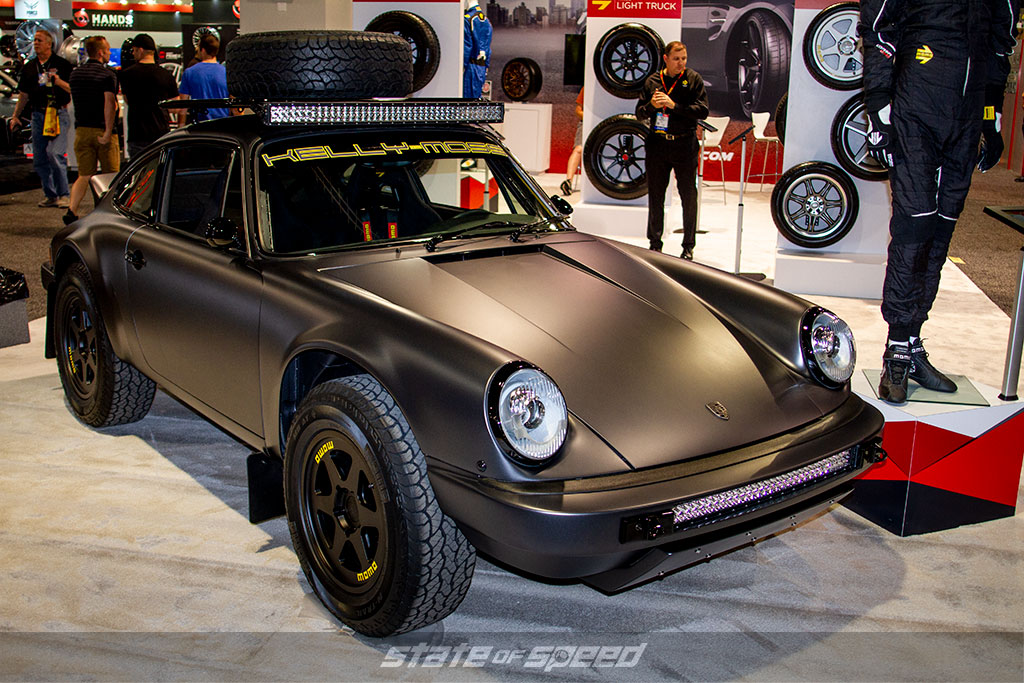 It’s common knowledge that the Porsche has many similarities to the Volkswagen which was designed by Ferry Porsche’s Father, Dr Ferdinand Porsche. The rear engine configuration, light weight, independent rear suspension, and torsion bar springs are shared by both cars. Those attributes made them extremely capable offroad. Many offroad racers were VW based. VW’s were also used extensively during the fiberglass dune buggy craze during the 60’s. Unlike the Porsche, Volkswagens were inexpensive, and produced in massive numbers. By making a few simple changes, any 911 can become a solid offroad performer. Some Porsche bodied cars where raced offroad, but mainly in the highly modified unlimited classes. They were somewhat of a novelty, however the platform is well-proven. The latest unlimited, open wheeled race cars competing today are rear engine designs with an independent transaxle driving the rear wheels, just like the 911. 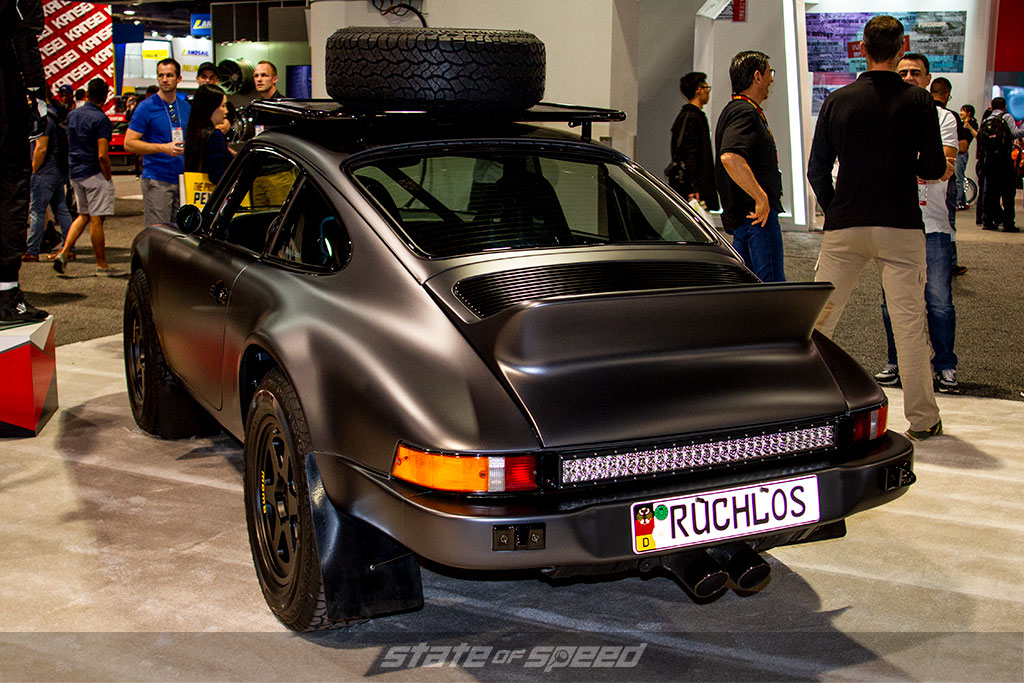 So what’s holding most people back from building such a fast, proven, and fun car for the dirt? It’s the cost. Anything with a Porsche badge on it has skyrocketed in value in recent years. While you might find a rough example that needs work for a reasonable price, most well-kept 911’s, no matter what the year can go for anywhere from 60 thousand to well over a hundred thousand dollars. A quick internet search for let’s say a 1976 Porsche Turbo Carrera came back with a lovely example for the bargain price of 229,900 dollars. To be fair, you can find 1974 to 1977 models for good prices, but the 2.7 liter engine had problems that can be costly to fix. As long as you are not concerned with originality, a 3.0 liter engine can be bolted right in. If you are going to tweak the suspension, and fit larger tires why not? The offroad 911 will grow in popularity, it’s just too fun to drive to ignore. Then there will be those who build one just to bother the Porsche snobs out there. Whatever your motivation, you will have a unique car that attracts attention, and is a blast to drive.

More on this Safari 911 build here.