The Most Influential US Imports from the Old World

After the end of the Second World War, America emerged unchallenged in terms of manufacturing and industry. All the domestic car companies who had turned their might to supply the “Arsenal of Democracy” were quickly pivoting back to products designed to fill pent-up civilian demand. And yet, in Europe just as in Asia, war-ravaged economies saw the US domestic market as a way to jump-start their own reconstruction, despite formidable barriers. 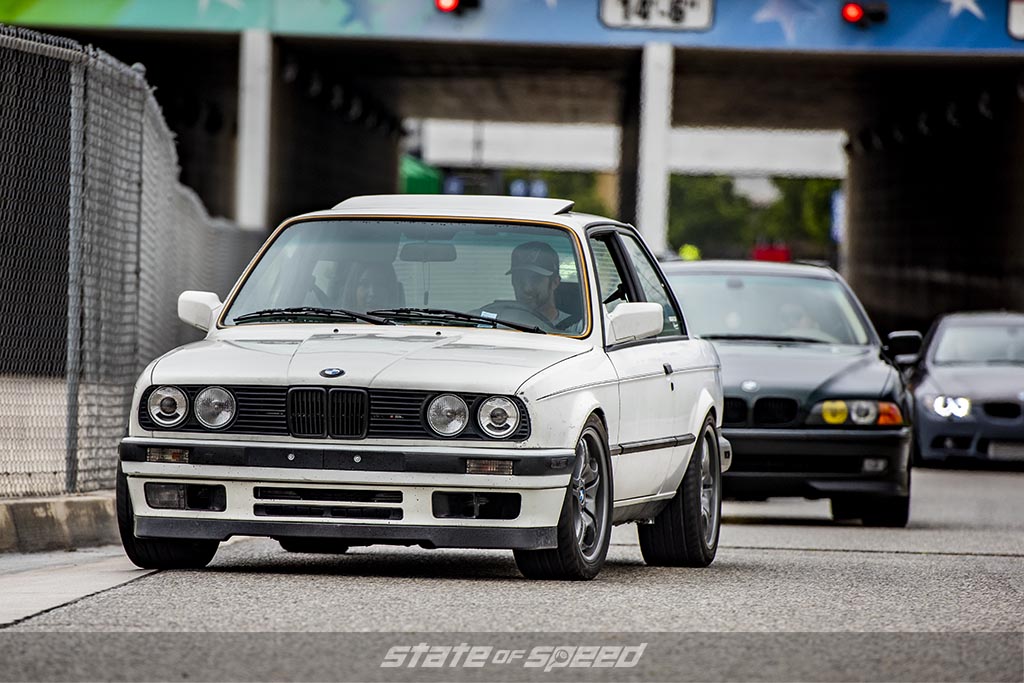 For the next five decades, German, Italian, English, and French manufacturers worked to solve the puzzle of selling stateside. While there were many misfires and failed attempts along the way, we also received a lot of cars that stood out for their innovation, performance, or just plain lovable weirdness. These weren’t the Porsche and Ferrari sports cars, but often very ordinary designs that rose to greatness. Here’s ten Euro cars that all made their mark on the United States, for a lot of very different reasons. 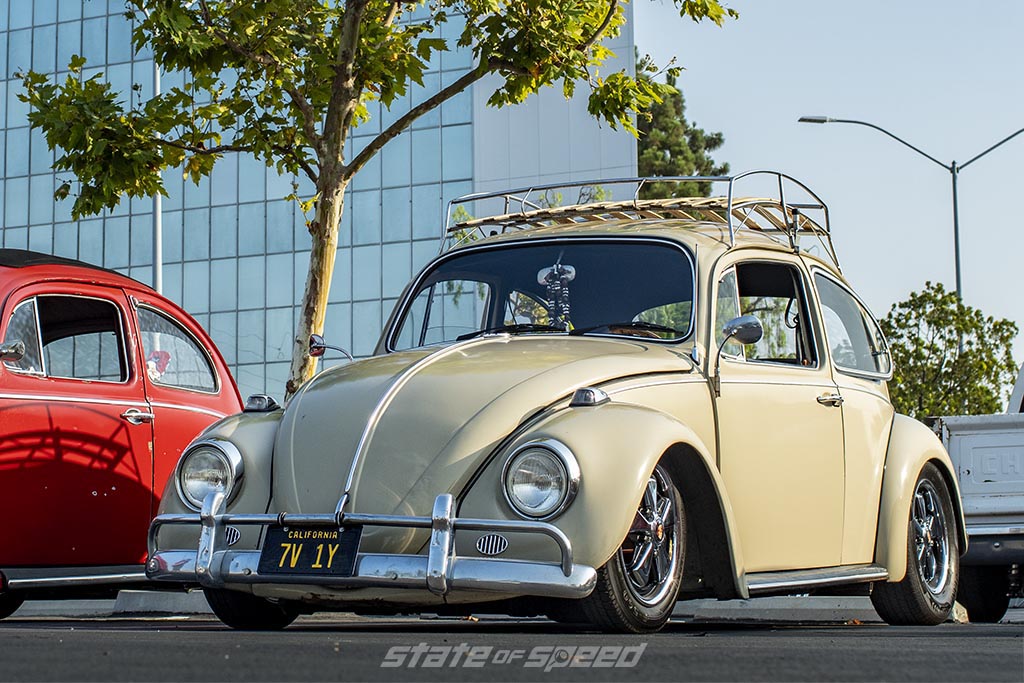 A literal “people’s car” designed for a dystopia that thankfully never fully came to be, the Volkswagen Type 1 finaly reached mass production just in time to help a shattered Germany get back on its feet. It went on to see more than 21 million cars sold worldwide over its very long production run, and although it started out as underpowered and unsophisticated even by 1930s standards, the Bug went places nobody could have imagined. In every form of motorsports from road courses to drag strips to Baja, the VW was embraced and found success. In the driveway, it taught Boomers to wrench without fear (and how to drive stick - once you master a VW transmission, everything else is cake), and it’s pretty safe to say that as long as there is gas to burn, somebody will be turning out new air-cooled flat-fours for them. 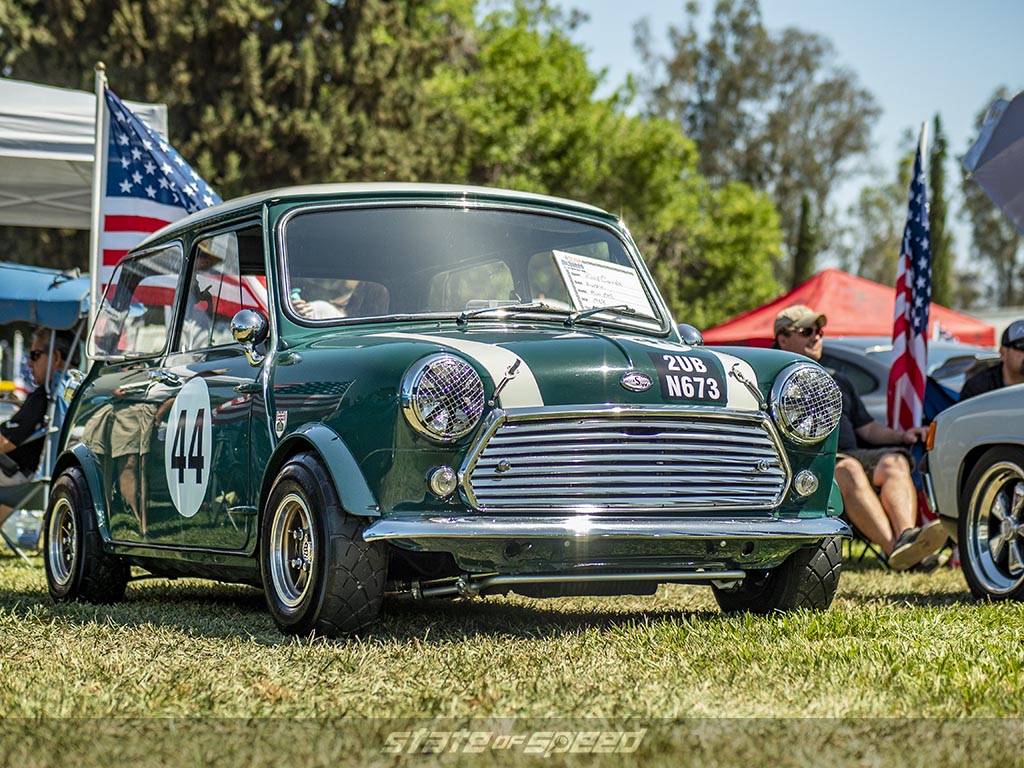 Not everyone knows that the UK spent almost ten years after WWII with rationing of certain items still in effect - the war had taken a high toll in manufacturing infrastructure and massively disrupted public transportation. Against that backdrop, the Austin Mini debuted in 1959 and a year later, left-hand-drive versions began export to the US. While the total numbers that made it to our shores weren’t spectacular (approximately 10,000 over seven years), the impact they had is hard to understate. Here was the first widely-available transverse engine front wheel drive economy car most people ever experienced, and its space-efficient two-box profile and drivetrain layout set the standard for tens of millions of cars from dozens of makers in the subsequent years.

Designed by Pininfarina, the little convertible Fiat somehow managed to be an Italian sports car in the same mold as England’s classic roadsters, but with ever-so-slightly better reliability. First appearing in the US in 1968, the model managed to soldier on all the way into the early 1980s, with upgrades in engine displacement along the way. Many say that the Mazda Miata was an homage to those English roadsters, but the commercial success of the Fiat Spider made it a more direct ancestor (even if it wasn’t good enough to keep the company in the US market.) 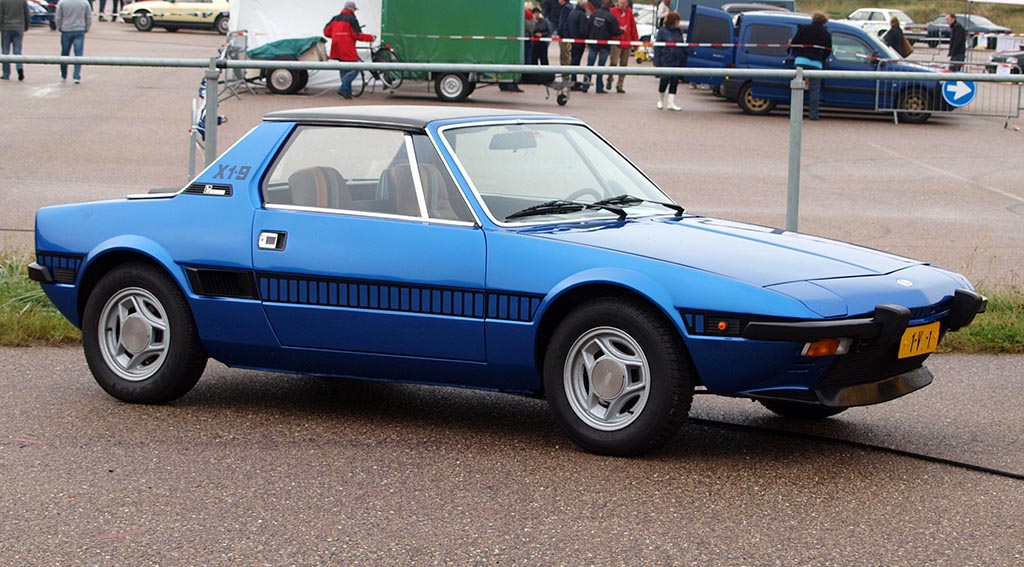 This toon town caricature of Italy’s vaunted mid-rear-engine exotics never made more than 75 horsepower from the factory, was undrivable by anyone taller than six feet, and was abandoned by its parent company in 1982 to be picked up by Bertone and limp on in the US (the car’s largest market by far) through 1987. It was also a riot to drive, and foreshadowed the MR2 and even the Fiero as an affordable mid-rear two-seater. 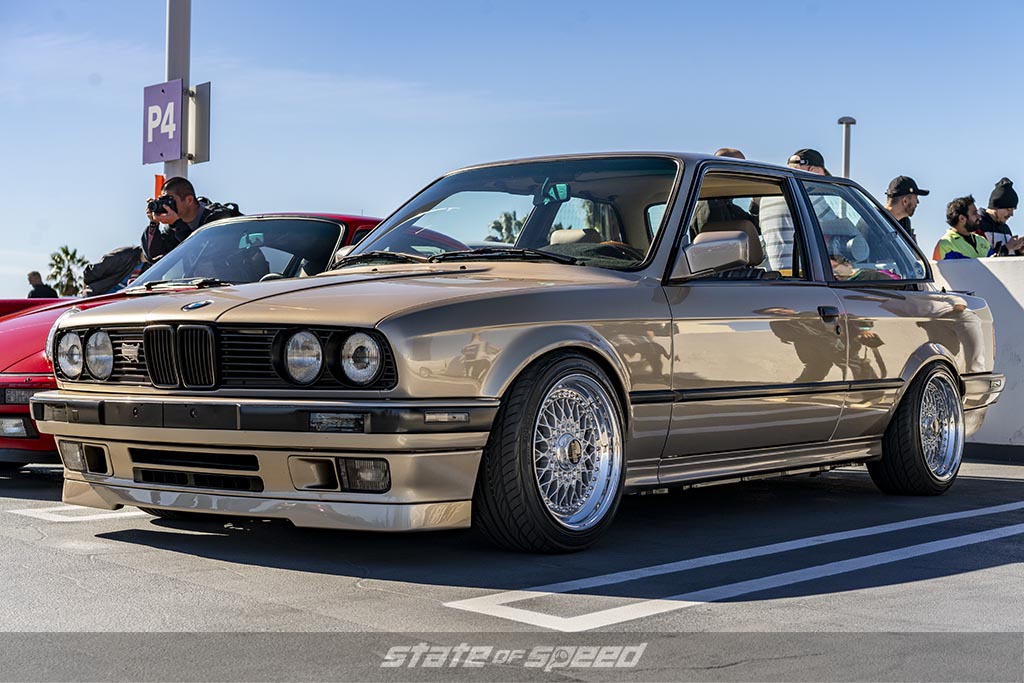 It’s not throwing shade on BMW to call the E30 3-series their version of the Civic. It revived the market formerly served by the classic 2002 for enthusiasts who wanted a compact car that was fun to drive and affordable. In the secondary market, it became a tuner superstar thanks to its easy availability and the fact that all the fundamentals were done right. 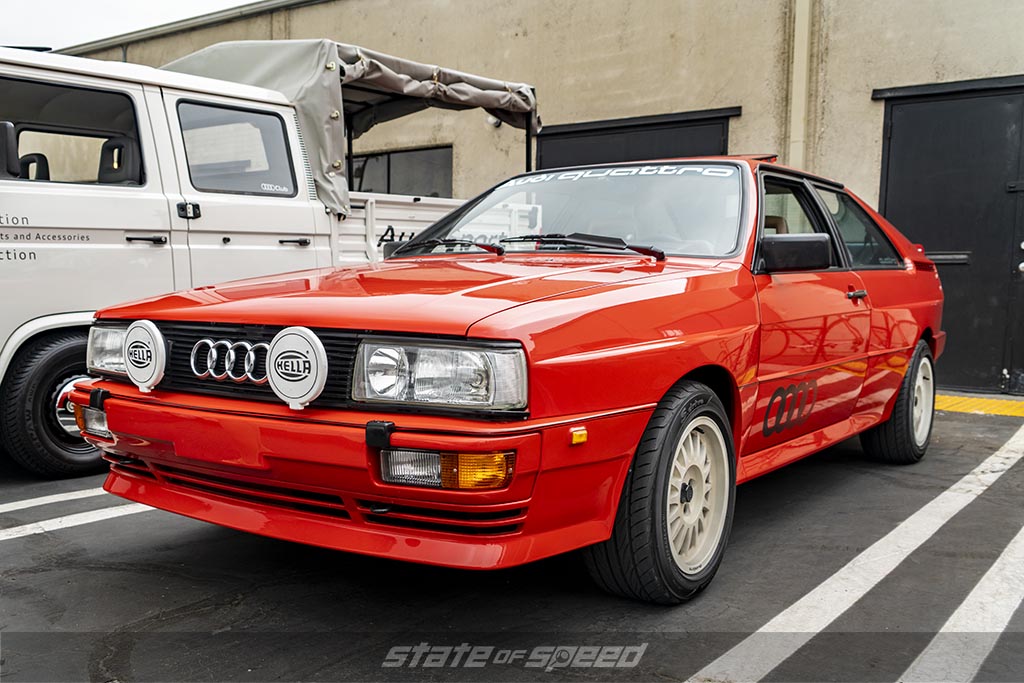 If you like the GT-R, EVO, and WRX STi, you can thank (at least in part) Audi for blazing the trail. The original Quattro hit the US market at a time when the only other car with full-time AWD was the AMC Eagle. While the Eagle was special in its own way, it was no performance car, and the Audi’s turbocharged inline 5-cylinder and rally pedigree were something totally new in America. Though the first Quattro sold in miniscule numbers in the USDM, it was the vanguard of things to come worldwide. 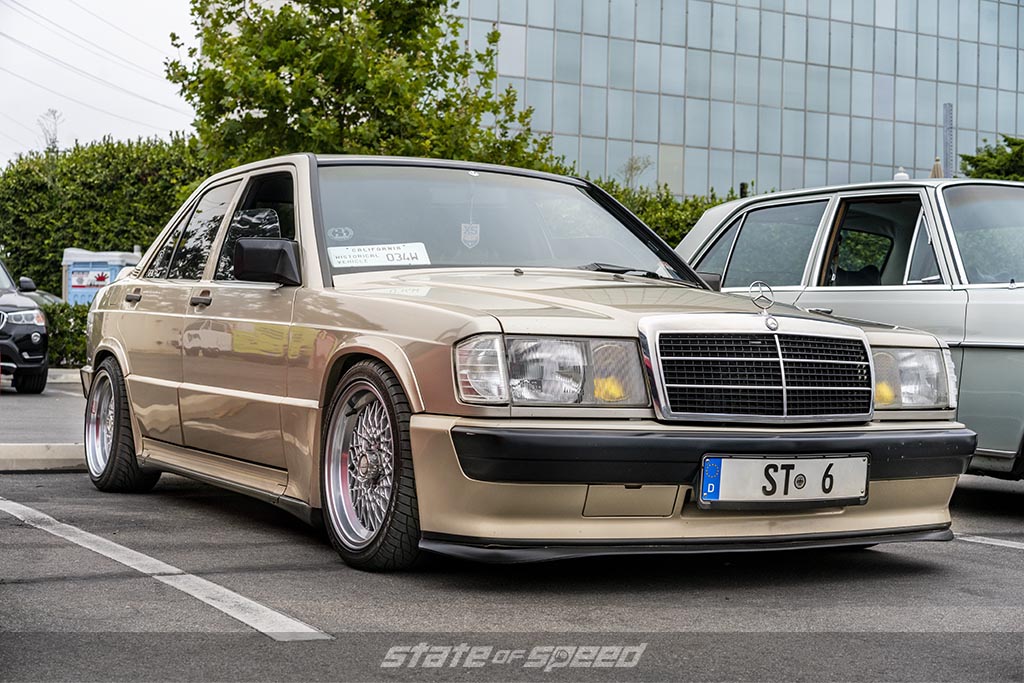 Not to be outdone by their rivals at BMW, Mercedes jumped right into the compact market with the 190-series “baby Benz,” gifting the W201 chassis with a sophisticated suspension and a rev-happy inline four cylinder engine in various displacements. While it didn’t gain the same traction with street tuners in the US that the E30 did, it found great success in road racing worldwide and changed Americans’ conception of Mercedes as either Gullwings or diesel-powered living room couches to a viable performance brand. 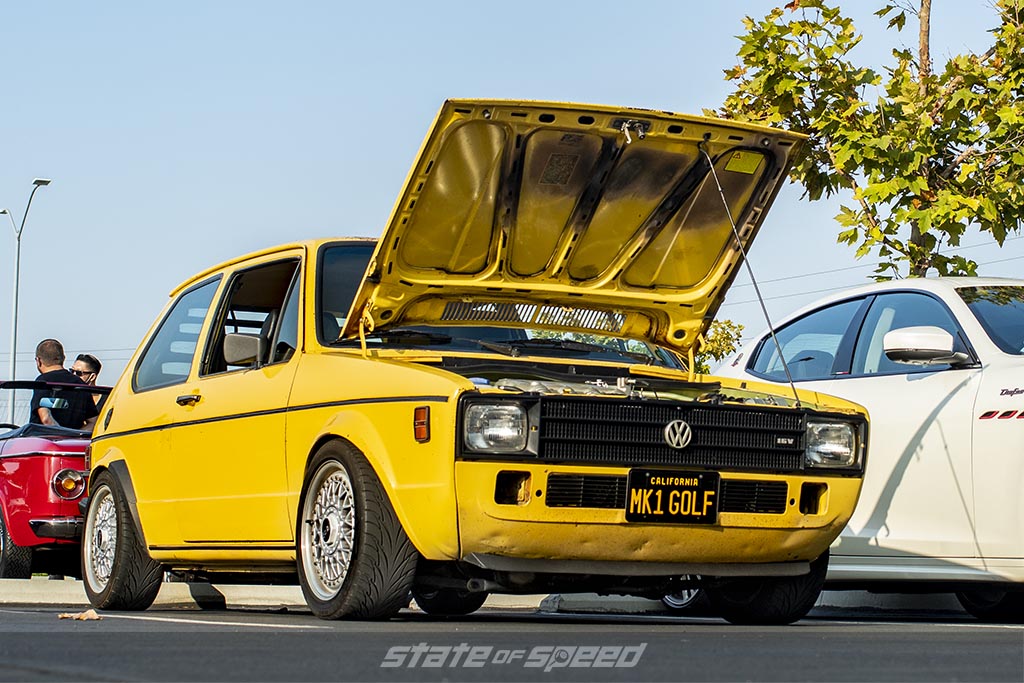 Though the VW Golf Mk1 arrived in the US in 1975 (and was called the Rabbit, for reasons which are not entirely clear) and overseas markets got the hot rod GTI version a year later, Americans would have to wait until 1983 to get a Rabbit GTI. While the 90 horsepower 1.8 liter engine (uprated to an even 100 for 1984) is nothing special by today’s standards, in the light and well-engineered Mk1 chassis it was a paradigm shift in economy car high performance. Looking back, the “hot hatch” category was inevitable, but Volkswagen got it right first, and created a legend that continues to this day.

Sure, the Volvo 122S/Amazon had European rally cred in the 60’s, and the P1800 looked exotic and cool to American eyes (and even had a star turn as Roger Moore’s ‘hero car’ in The Saint TV series), but by the mid-Eighties, the Swedish car-maker was known for safety and cars that could be accurately modeled with LEGO blocks. Then, in 1984 US buyers were offered the turbocharged 760T, which not only led to the widespread misuse of the word “intercooler” but more importantly gave us a quick, practical, and safe car with a bulletproof boosted RWD drivetrain. To this day, “turbo bricks” still have a small but very enthusiastic owner base in America.

You knew you weren’t getting out of this without us throwing in at least one really weird one, and the Sierra XR4i from Ford’s European branch certainly checks that box. Rebadged and rebranded as the Merkur XR4Ti in America and sold through 800 or so Lincoln/Mercury dealers, you wouldn’t mistake one for anything else thanks to the ‘aero’ nose, biplane spoiler, and notch-profile 3-door hatchback body. The FR drivetrain layout was motivated by a 2.3l iron-block inline four topped by a turbo pushing 14 PSI - the same engine in the SVO Mustang and Thunderbird Turbo Coupe, minus the charge cooler, with 175 horsepower on tap in manual transmission cars. Ultimately, sales didn’t justify updating the model to meet increasingly tight safety regulations, and the strong Deutschmark didn’t help. The short-lived experiment left a bad taste with Ford US, and we wouldn’t see another Euro-manufactured model from the Blue Oval again until the Ford Focus RS arrived in 2016. 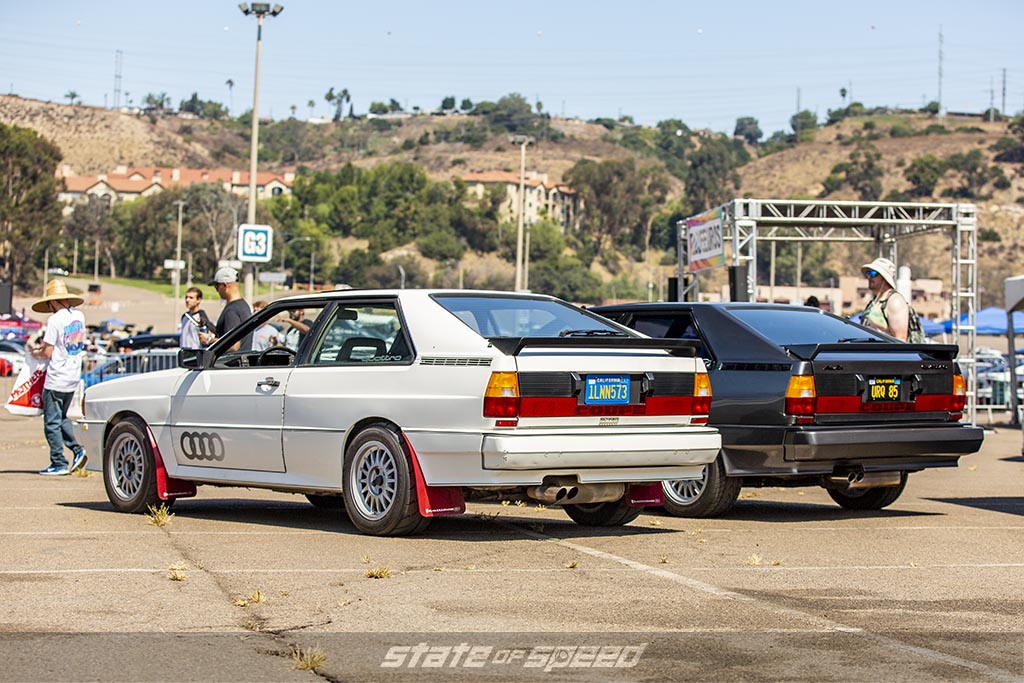 So there’s our list - we’ll admit that it’s subjective, and reasonable people can disagree over things like this. What USDM cars imported from Europe would you put on your own list of most influential models?