There’s no magic behind the success of Toyota’s most popular powerplant - just sound engineering and a focus on getting the basics right.

Toyota’s 2JZ-GTE is legendary among car enthusiasts for its durability and power potential, capable of reliably delivering 700-plus horsepower without ever touching the factory long block, and four-digit dyno numbers with the right internals. A product of 1990s Japan’s economic boom, saving money on its design and construction was nowhere near the top of the priority list, and the result was an engine fit to be Toyota’s flagship in the secret JDM horsepower war of the era. 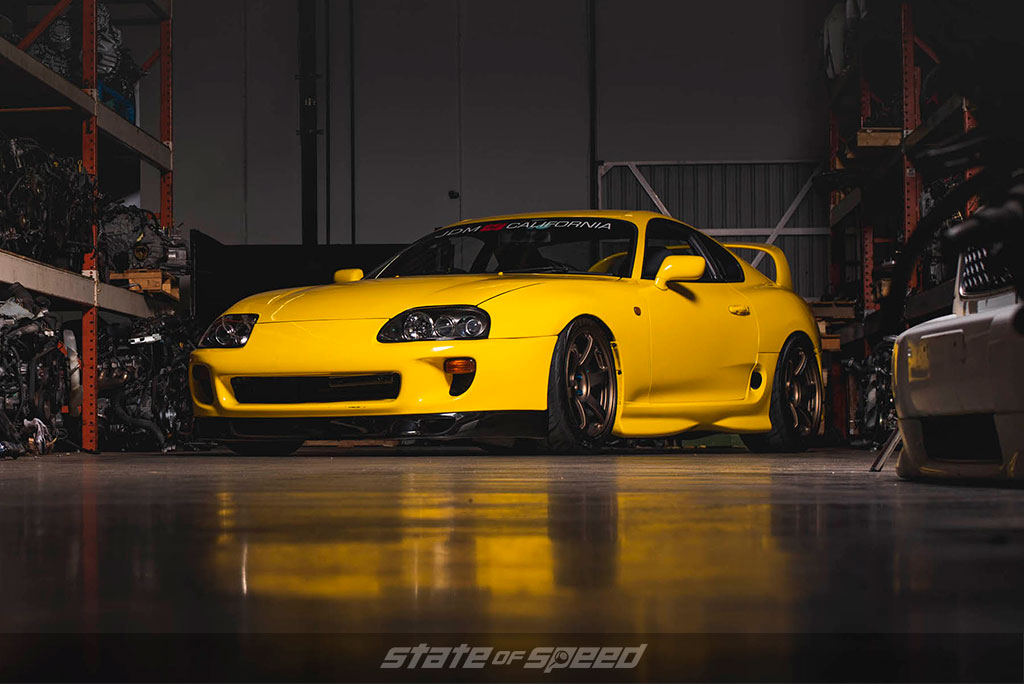 It certainly didn’t hurt this engine’s reputation to be paired with the MKIV Supra; a whole generation of enthusiasts grew up with Toyota’s ultimate sports car as an ‘aspirational vehicle’ the same way 80s kids had posters of the Lamborghini Countach on their bedroom walls. A certain movie franchise that will remain unnamed here helped fuel that fire, and even if you didn’t know a wastegate from a blowoff valve, if the 90s were your formative gearhead years  you could recite the factory 2JZ-GTE specs by heart like your older brother could rattle off the Konami code. 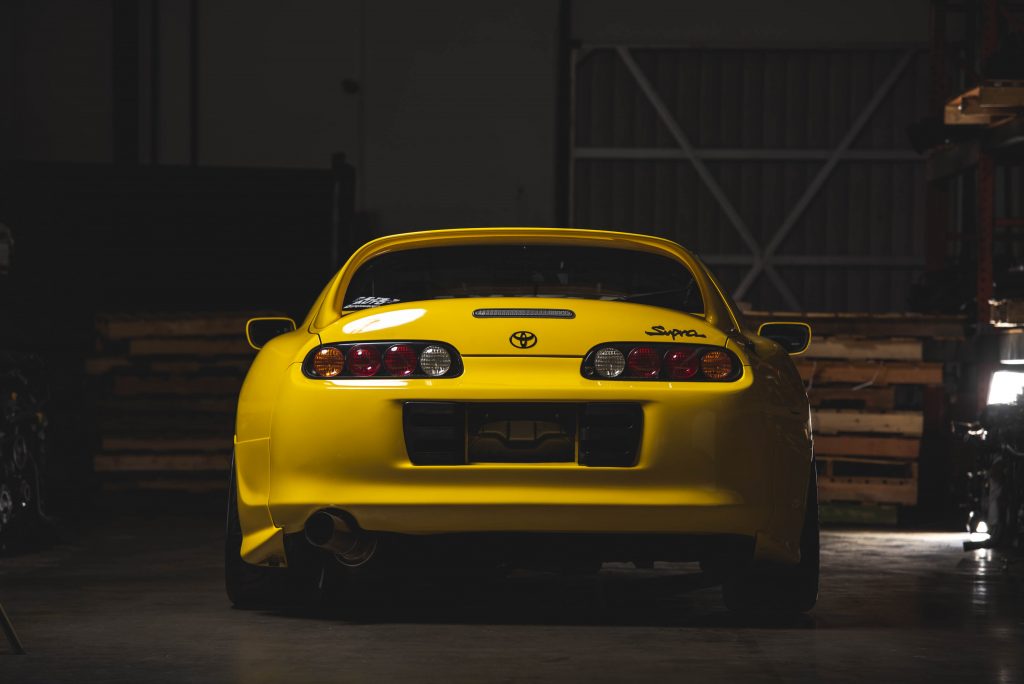 While even casual US fans of import performance hold the 2JZ in high esteem, unless you’ve torn one apart and put it back together again, all the details both large and small that earned its bulletproof reputation may not be a part of your knowledge base. To rectify that, we’re going to look at why this twin-turbo inline six became a world-beating engine, starting from the very basics.

To begin with, there’s the cylinder layout. Today’s 6-cylinder engines are almost exclusively V-block designs - this layout makes for a very compact engine that is well suited for short engine bays in cars with longitudinal drivetrain designs (where the engine’s crankshaft runs front-to-back) as well as in front wheel drive transverse setups (with the crankshaft running side-to-side). Unfortunately, V6 engines offer significant challenges in terms of firing order, requiring either ‘split’ rod bearings on each of the three pairs of crank throws to even out the timing of each power stroke, or an “odd-fire” crank design with the cylinder pairs sharing a single throw, but the firing events at uneven intervals of crank rotation.

Another option is a flat-6 design, favored by Porsche and Subaru. This also gives a very short engine from the crank snout to the flywheel, but a very wide one. Firing intervals aren’t an issue in what effectively is a V6 engine with a 180 degree cylinder bank angle, but this layout has inherent imbalances in the reciprocating and rotating planes because of the offset of the cylinders. 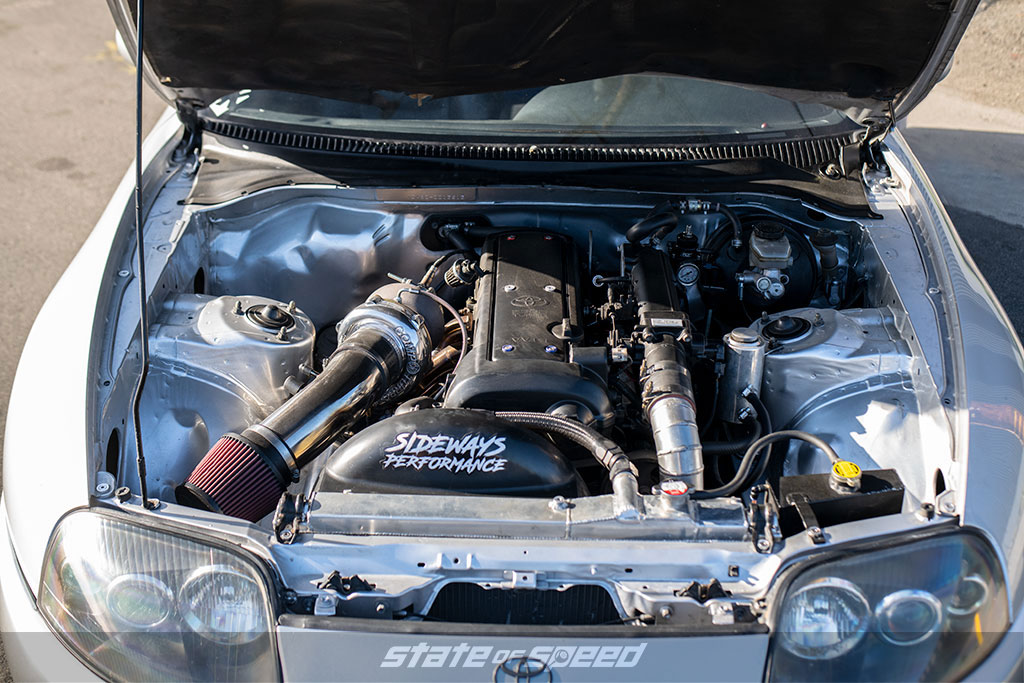 The 2JZ, however, is a classic inline-six. This engine geometry offers ‘perfect’ primary balance and silky-smooth operation at any speed–an important consideration for a powerplant intended for use in Toyota’s premiere performance cars. The firing order, with evenly-spaced firing intervals and overlapping power strokes, also lends itself to turbocharging as it smooths out pressure delivery to the turbine(s).

Another critical factor in the 2JZ’s high threshold for abuse is the cast-iron block. While it’s certainly possible to build a durable all-aluminum engine for forced induction, iron is more forgiving of stress, with less thermal expansion and a defined fatigue limit. The latter sounds like a bad thing, but it’s the reason springs are made from steel and not aluminum - when stressed below its fatigue limit, an iron block can handle an effectively unlimited number of load cycles without metal fatigue, while aluminum gets a tiny bit closer to failure every time stress is applied. There is a price to be paid for the 2JZ’s iron block construction, though; it’s one of the major reasons why a fully-dressed engine tips the scales at over 500 pounds.

Speaking of that block, it’s a seven-main-bearing design with a deep skirt at the bottom that extends past the crank centerline. Many engine blocks are designed in such a way that the main part of the structure ends right at the crank midline and the main bearing caps project beneath it. While less expensive to cast and machine, this type of block usually needs reinforcement of the main bearing journals for high performance use. In classic domestic V8 engines, you’ll hear about “four-bolt mains” where each cap has an additional pair of bolts, often splayed at an angle to the primary pair, to cure this weakness. 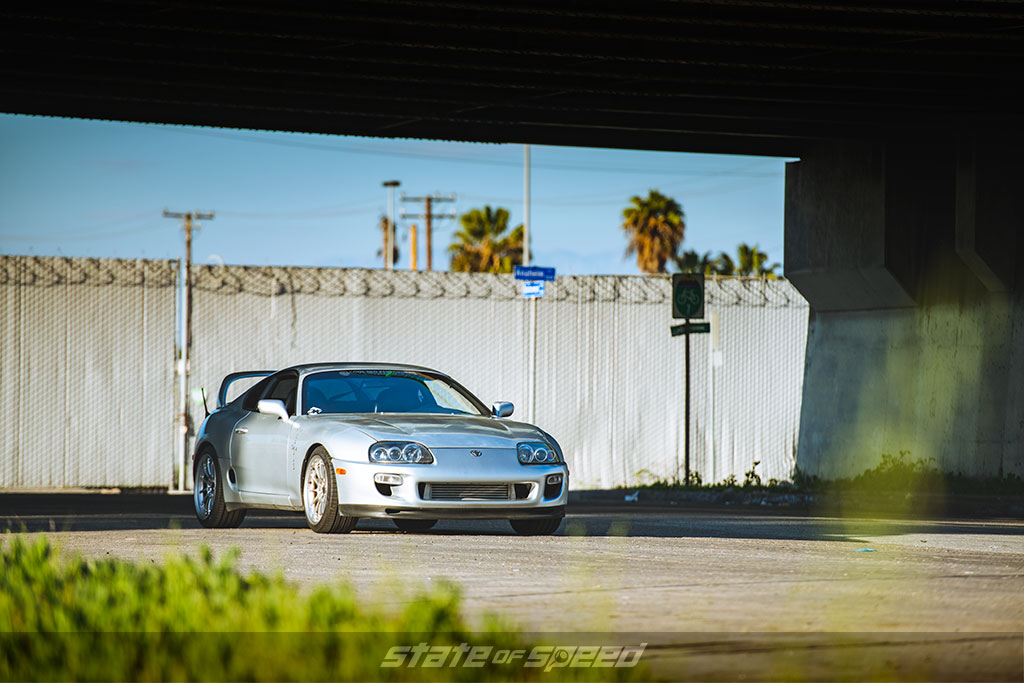 While the 2JZ has two-bolt main caps, they are inset into the block’s thick main web, which gives them extra support without needing an additional pair of bolts. Nissan addressed this issue in the 2JZ’s arch-rival, the RB26DETT, with a ‘girdle’ that incorporates all the main caps into a single structure, and modern V8 engine designs like the GM LS and Ford Modular families use deep-skirt blocks with cross-bolt main caps. Compared to these other fixes, Toyota’s approach is elegant and simple, and hasn’t proven to be an issue even when the 2JZ is pushed far beyond its original horsepower and torque output.

A cast cover with a separate small, stamped metal sump for oil control rounds out the bottom end of the 2JZ, with the cover acting as a stressed component of the block rather than simply keeping all the oil from falling out the bottom of the engine. Having a fully “boxed” crankcase is another intentional choice by Toyota to make the block assembly as strong and rigid as possible, without introducing additional complexity or expense. 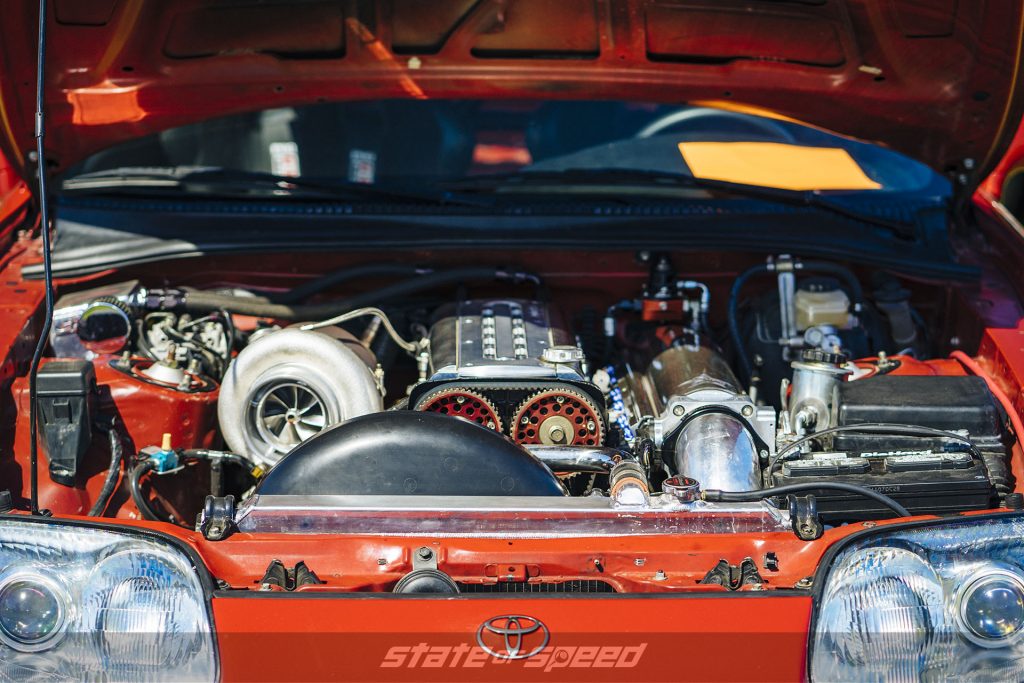 The stock 2JZ crankshaft is another strong point of these engines. Because inline-six cranks are, by necessity, relatively long compared to most other engine layouts, there’s the potential for them to act like torsion bar springs, twisting along their axis and even having issues with destructive feedback if the frequency of the power pulses lines up with the harmonics of the crank. Knowing that this was a potential weak spot, Toyota’s engineers specified a forged, rather than cast crank, with relatively large 62mm main and 52mm connecting rod journals. While aftermarket billet cranks are available, for all but the most extreme builds they’re simply unnecessary–that’s how good the factory crank is.

Heading up the block, you’ll find special GTE-spec rods that are stronger than the ones found in naturally-aspirated 2JZ-GE engines, plus turbo-specific cast pistons with a slight dish to lower compression ratio to a boost-friendly 8.5:1. The underside of the pistons are cooled by oil squirters fed by a gallery at the bottom of the cylinder bores to help prevent detonation caused by hot spots as well.

Where the block meets the head, the 2JZ uses a ‘closed deck’ design that fully supports the cylinder bores. Compared to an ‘open deck’ block, this leaves less room for coolant passages, but it is a far better way to prevent head-gasket-killing bore shift under boost and maintain the head-to-block seal. Speaking of head gaskets, the stock 2JZ comes with a multi-layer steel gasket of the type typically used as an aftermarket upgrade as another way to prevent combustion leaks. The head is secured with 14 bolts, arranged so that each bore is surrounded by fasteners on all four corners. Replacing these factory parts with upgraded bolts or studs is a relatively inexpensive way to make an already-stout engine just a bit more durable - since the factory fasteners are single-use ‘torque to yield’ bolts they will need to be replaced anyway once the head comes off for any reason, so you might as well upgrade while you have the engine apart.

The bore and stroke are “square” at 86mm each for an actual engine displacement of 2,997cc. The bore diameter leaves plenty of room in the pent-roof combustion chamber for a pair of 33.6mm intake valves and two 29mm exhaust valves. Those valves are activated by a pair of belt-driven cams; while the JDM Aristo and 1998-2002 Supra got VVT-I variable cam timing on the intake side, the 2JZ-GTE in the US-spec MKIV Supra did not. To keep valvetrain mass to a minimum, the cams activate “bucket” tappets that act directly on the valve stem instead of through any kind of rocker, with lash adjusted by shims of variable thickness between the buckets and valves. Though not as quiet or maintenance-free as a valve drive with hydraulic lash adjusters, this system, which is almost universally used in high-performance motorcycle engines, is incredibly reliable and doesn’t require a ton of spring pressure to control valve motion at high RPM, reducing frictional losses. The wide buckets do limit max valve lift and cam lobe design to some extent, but the 2JZ is less sensitive to cam grind limitations than a naturally-aspirated engine would be thanks to forced induction.

Sequential electronic fuel injection was standard, with JDM versions getting 440cc injectors and the US import 2JZ blessed with larger 550cc models. Even with elevated fuel pressure, these can be a bottleneck for power production, but fortunately Toyota used the common top-feed design and aftermarket injectors with much higher flow are common and relatively inexpensive. 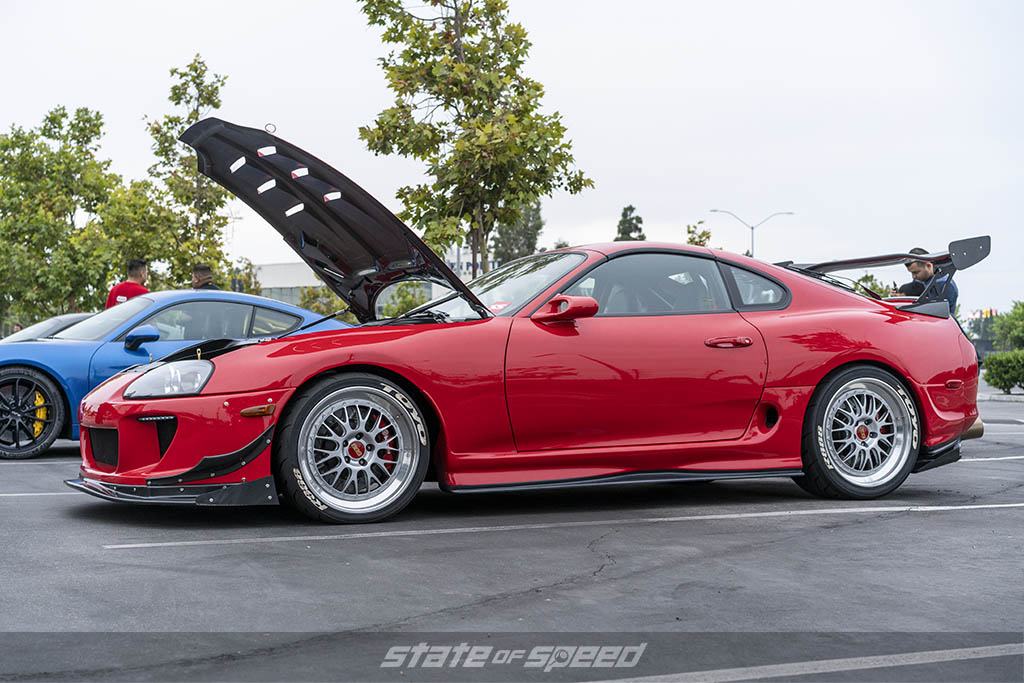 One of the quirks of the 2JZ design is in the ignition. Many people think it’s coil-on-plug, but it’s not. The engine uses what’s known as a ‘wasted spark’ setup where two cylinders that are 360 degrees out of phase in the firing order share a single coil. One cylinder gets the coil perched atop the plug at the center of the pent-roof combustion chamber, while the other spark plug is connected to the same coil by a short high-voltage lead. Both cylinders receive a spark when the piston is just about to get to top dead center; one is on the compression stroke, while the other is on the exhaust stroke, and that spark is ‘wasted.’ It’s a clever way to make three coils do the job for a six cylinder engine, and while it’s possible to replace the entire ignition with an aftermarket setup that has individual coils for each cylinder, experience has proven that the stock coils in good condition provide a spark that’s “hot” enough to reliably prevent misfires even at elevated boost.

It’s worth mentioning that the 2JZ-GTE also employs dual knock sensors, which are transducers screwed directly into the engine block that act like a microphone to detect the first signs of detonation. The ECU can then act to protect the engine from serious damage by pulling ignition timing advance, reducing boost, or both in response. 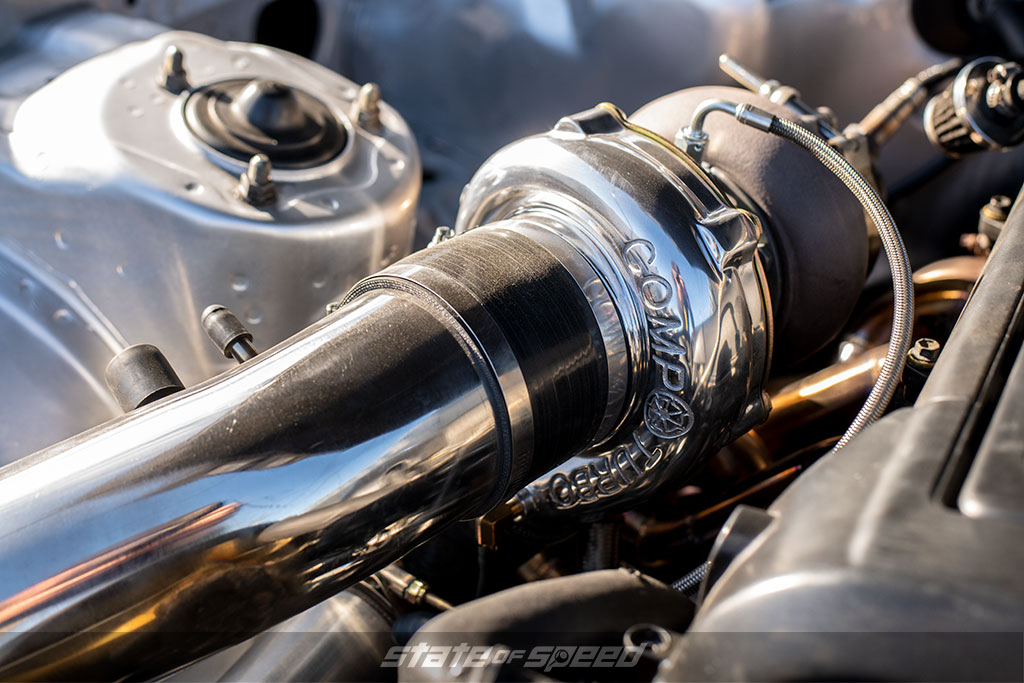 The 2JZ-GTE as implemented in the US MKIV Supra delivered 321 horsepower and 315 pound-feet “at the brochure” and featured a novel sequential twin turbo setup that reduced boost lag by relying on just one unit at low RPM to make the most of available energy in the exhaust stream, then bringing the second identical unit up to speed as the revs climbed to supply sufficient airflow. The result was an amazingly well-balanced power curve, but about an hour after the first Supra was sold in US dealerships, somebody was already pulling off all the intake and exhaust plumbing to install a big single turbo and ditch the dinky side-mount air to air intercooler for a giant FMIC. As the years have passed, pretty much everything you can think of in terms of a turbo setup has been tried on the 2JZ, and hitting an arbitrary horsepower target number is as straightforward as looking to see what’s worked in the past and using that as a blueprint. 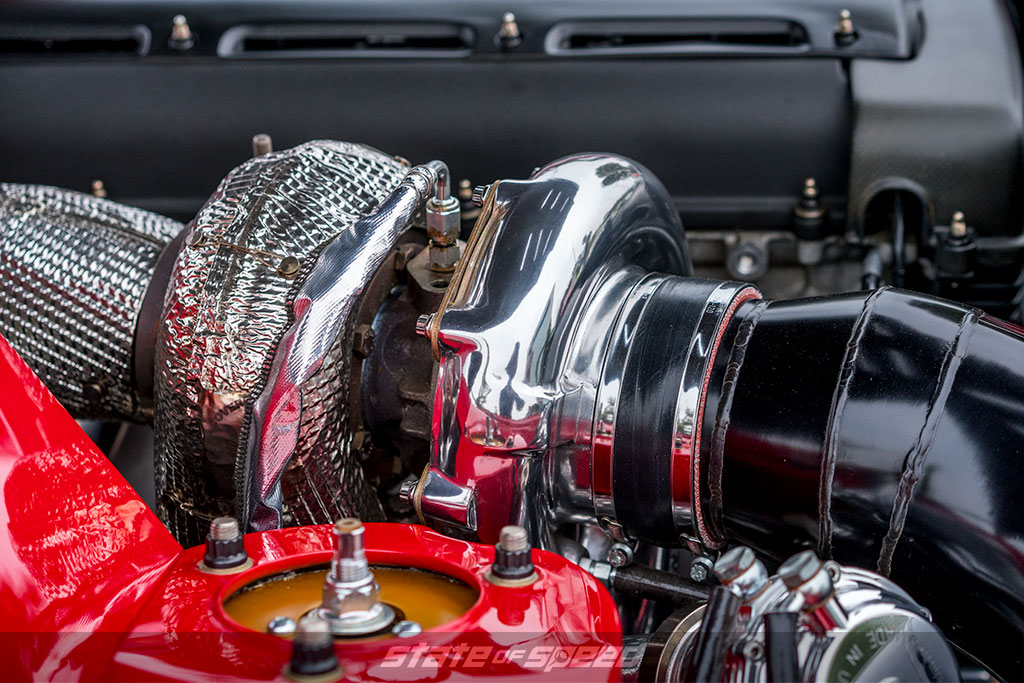 It’s a tribute to just how right Toyota got this engine that here, almost 20 years after the last one was produced, people are still building and racing them, parts are widely available, and they pretty much just aren’t wearing out. While newer designs that are lighter, smaller, or cheaper to produce have taken the 2JZ-GTE’s place, it’s doubtful that any of them will earn the same bulletproof reputation or fanbase as Toyota’s legendary twin-turbo inline six. 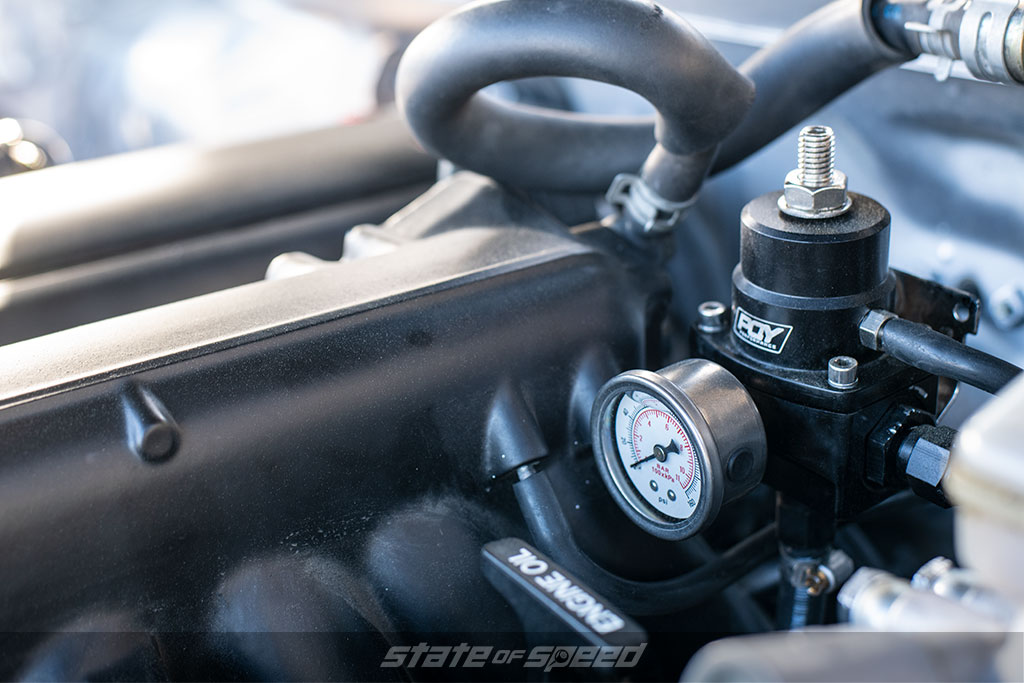