It’s an unfortunate reality that internal combustion engines are inefficient, turning more than half of the energy from every drop of fuel burned into waste heat instead of forward motion or sweet, sweet tire smoke. Much of that lost energy goes into the exhaust, but in order to keep things like cylinder heads, pistons, and engine blocks in a temperature range where they can operate reliably, every engine has to have some way to move waste heat away from the metal and into the air. 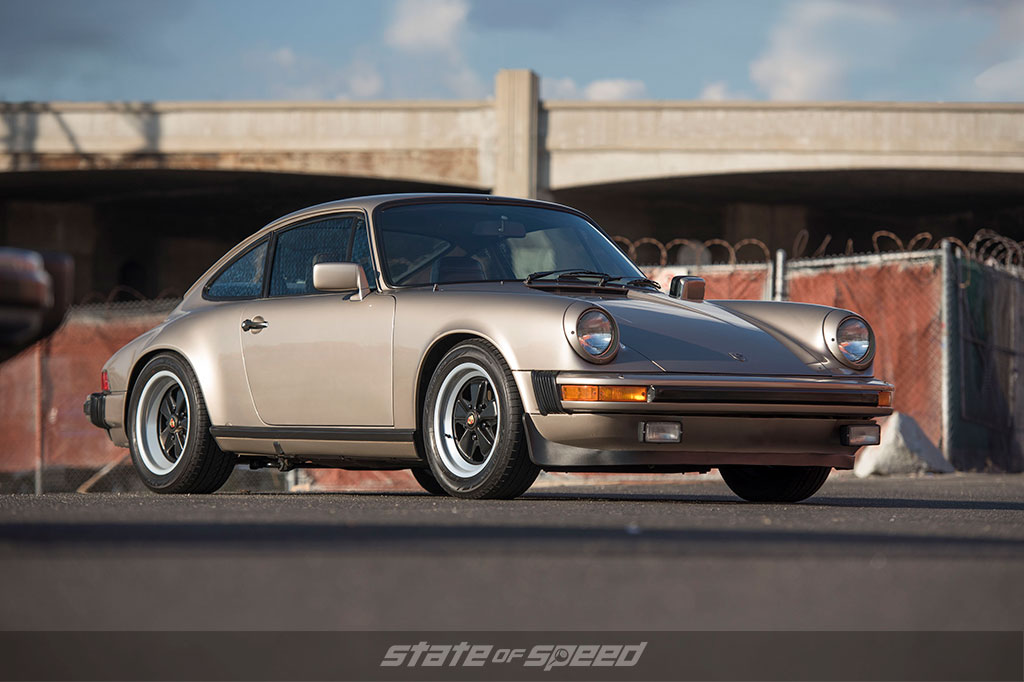 Air-cooled engines have been around for basically forever; they’re simple, light, and less complicated than liquid cooled designs, and yet aside from some very specific niche applications, it’s hard to find any large-displacement air-cooled engines in production today. In the US market, most people would be hard-pressed to identify any air-cooled car engines other than the one used by VW for decades across their entire model line, from Beetle to Bus, Porsche’s flat-six 911 powerplants, and perhaps the Corvair. In the motorcycle world, air cooling held on for a lot longer, but even BMW and Suzuki eventually gave up on fins in favor of water jackets for their street bikes.

As with so many important aspects of piston engine technology we take for granted today, the competition between air and water cooling saw its most intense period of development during the Second World War. The original 1903 Wright Flyer, the first practical aircraft, used a four-cylinder water-cooled engine (although it had no radiator, relying on boiling off its limited supply of water during the short duration it had to run) and during the Great War, both air-cooled rotary engines (no, not Wankels - that’s a story for another time) and liquid cooled inline engines rapidly developed. 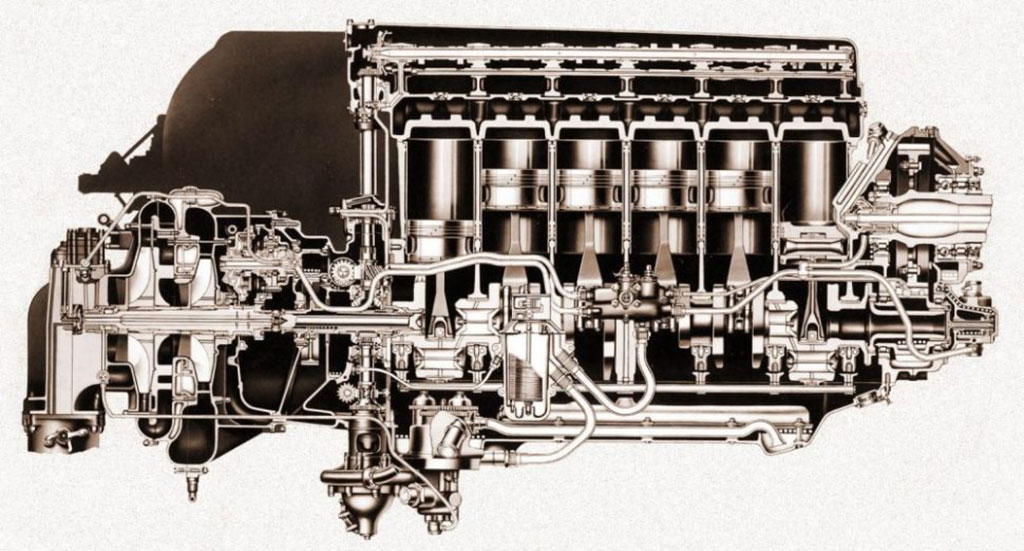 By the late 1930s, aircraft engines, which needed to be both light and powerful, had evolved into two basic forms: Watercooled inline or V designs, and air-cooled radials. The legendary Merlin that powered the P-51 Mustang, and the Allison V-1710 that was installed in pairs in the P-38 Lightning were both liquid cooled, while fighters like the Wildcat, Hellcat, Corsair, and Thunderbolt all had big, round air-cooled radial engines. Neither approach to engine cooling held a clear advantage (as a matter of fact, it was actually possible for the extremely clever radiator or cooling fin ductwork to generate net thrust from waste heat, though the effect was almost too small to measure) and things mostly came down to packaging within the airframe and streamlining. There, the liquid cooled engines had the advantage of a smaller cross-section, versus simplicity and the lack of a vulnerable radiator for the air cooled radials. By war’s end, both types of engines were capable of more or less the same peak power output and had similar power-to-weight ratios. 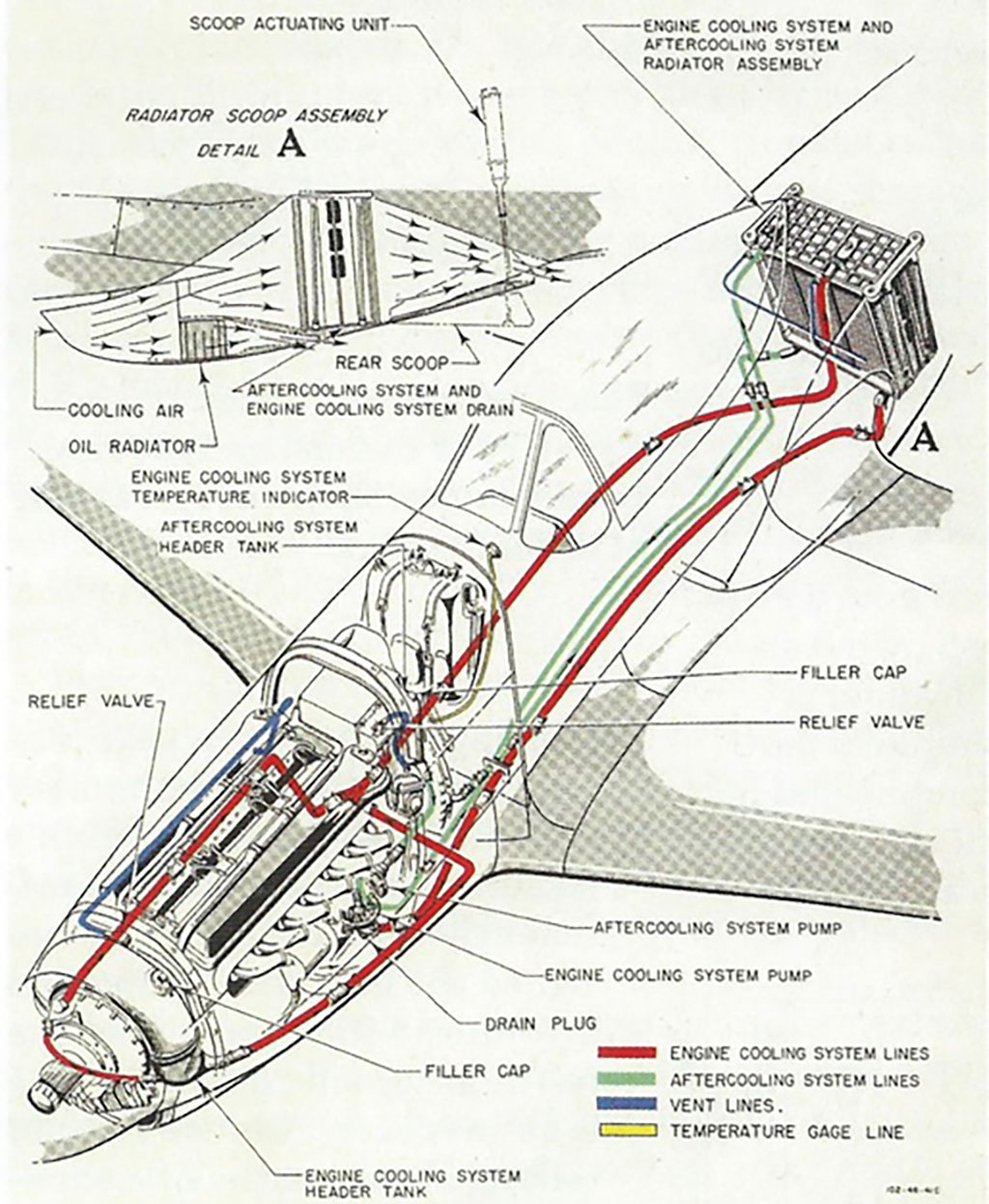 Perhaps the world’s best-known air-cooled engine (and certainly the most widely-produced), the iconic Volkswagen flat four, was conceived during that same tumultuous time as an inexpensive and compact powerplant for Ferdinand Porsche’s “people’s car.” While the design for the Volkswagen Type 1 was set by 1938, it wouldn’t be until a decade later that civilian versions were manufactured in any numbers in post-war Germany. Czechoslovakia’s Tatra had also made a number of air-cooled cars before the war, and continued all the way through the late 1990s (and even still makes air-cooled heavy trucks today) and FIAT and Citroën embraced these kinds of engines in their small, economical post-war vehicles as well. 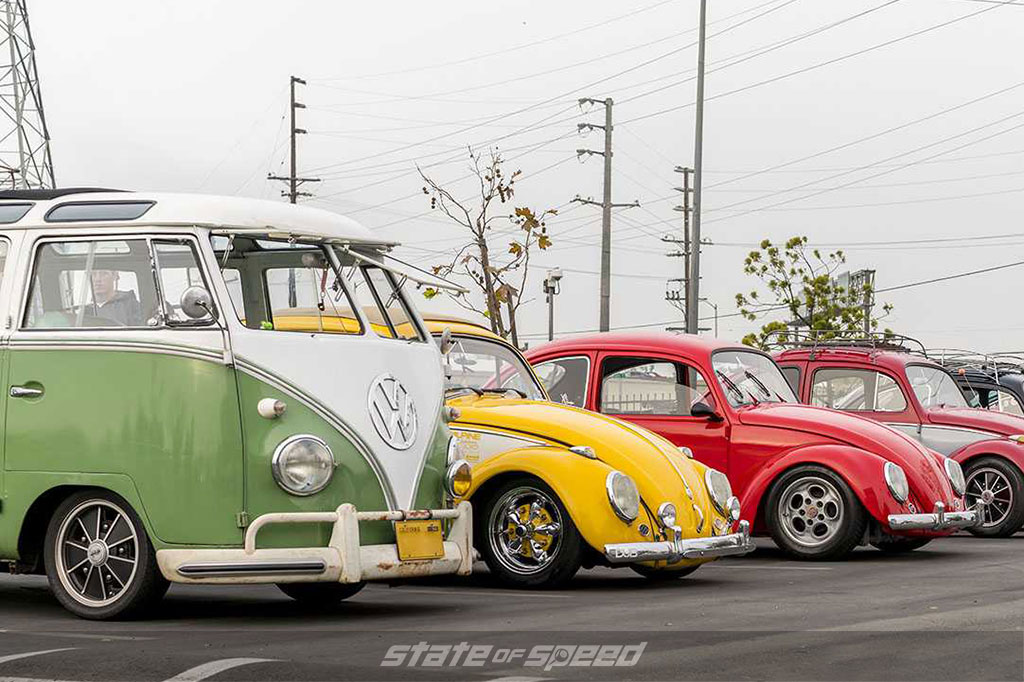 The only major US domestic manufacturer to put an air-cooled engine into mass production in the modern era was Chevolet, for the 1960-1969 Corvair. These flat-six engines were actually very successful, though the car they were designed for suffered from the first wave of consumer safety activism that would later target Pinto, Audis, and GM trucks for design flaws that made them somewhat more dangerous (though not greatly so) than their contemporaries. Chevy’s air-cooled flat six got thrown out with the bath water, and all subsequent GM engines would rely on liquid cooling.

Of course, it would be impossible to discuss air-cooled auto engines without mentioning the wildly successful Porsche flat-6, which powered the 911 family all the way through the 1998 model year before finally being replaced by a water-cooled design with a similar layout. The ongoing success of that engine family showed that it was certainly possible to create a completely modern, extremely powerful and reliable engine that didn’t need coolant. So why the switch?

The dominance of water-cooling in present day automotive engine applications comes down to a few main factors. First, there’s the issue of performance. Though Porsche’s air-cooled flat six (as well as innumerable air-cooled motorcycle engine designs) proved that it’s possible to build engines that are very powerful and reliable without coolant jackets, and more importantly water circulating through the cylinder head, as specific output climbs it becomes harder and harder to control hot spots in the combustion chamber using air cooling alone. 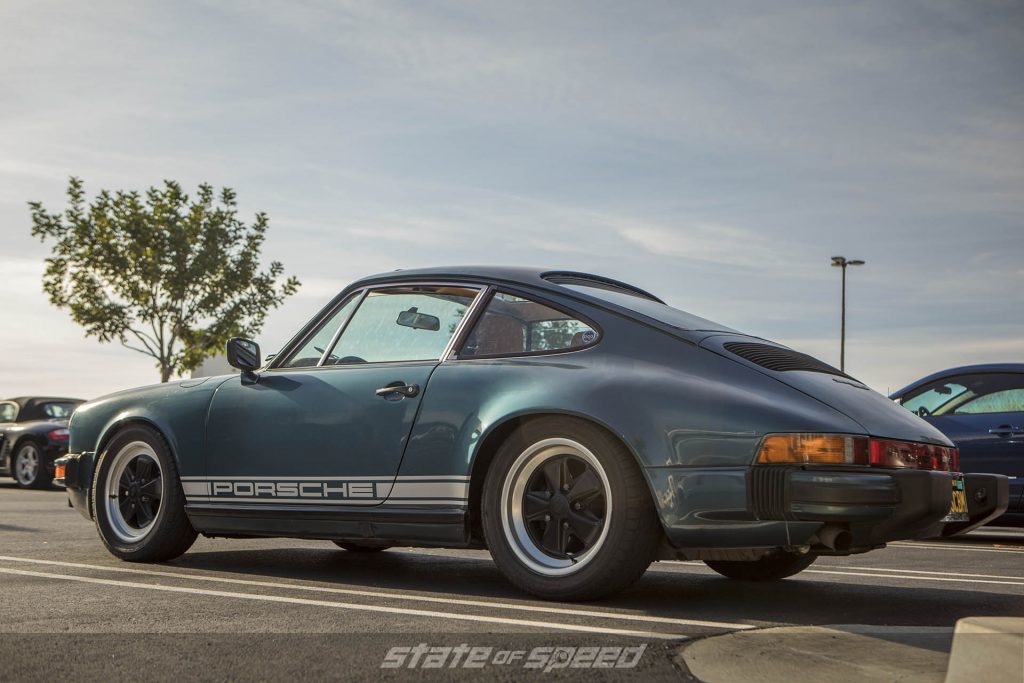 The exhaust valve and port area is one particular trouble spot - without coolant flowing through adjacent passages, it’s hard to move the heat build-up from this area in particular out to the atmosphere, no matter how much cooling fin you throw at the problem. There simply isn’t enough room to accommodate the necessary surface area on the head for adequate heat rejection, and issues arise for cooling the cylinders that aren’t first in line for airflow. 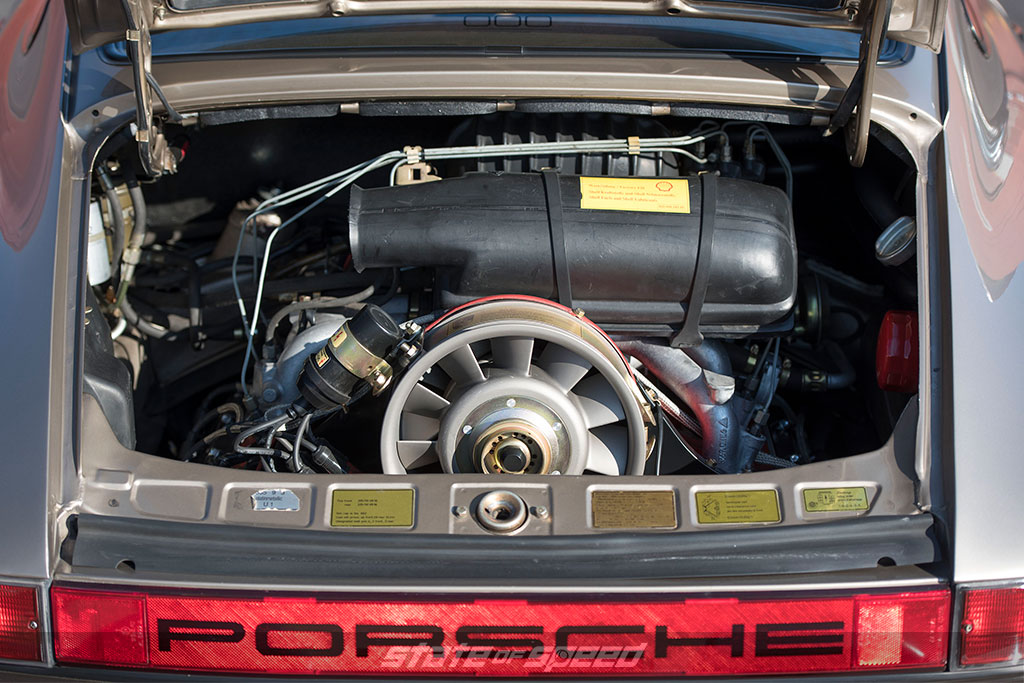 Pistons are another potential issue, as they must first transfer the majority of their excess heat through the ring package and into the cylinder wall before the engine block can take it away, whether it’s water- or air-cooled. Even in water-cooled high performance engines it’s not uncommon to use oil squirters directed at the underside of the pistons to help cool them, and the problem is compounded in air-cooled engines that often use very large amounts of oil circulating in the engine and pumped through an external radiator to assist in temperature control. 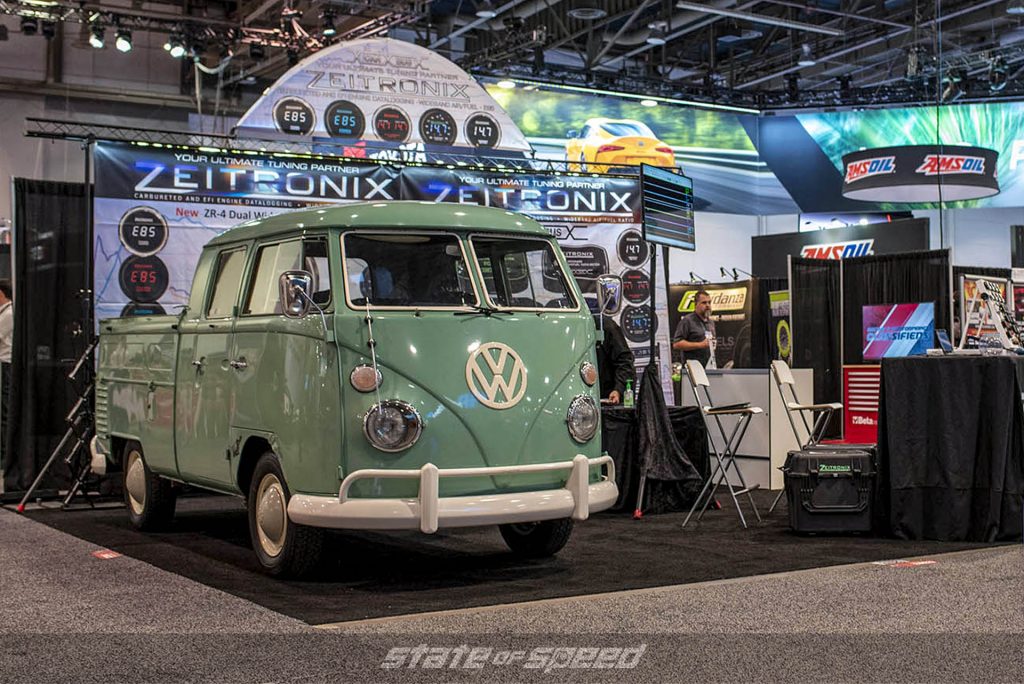 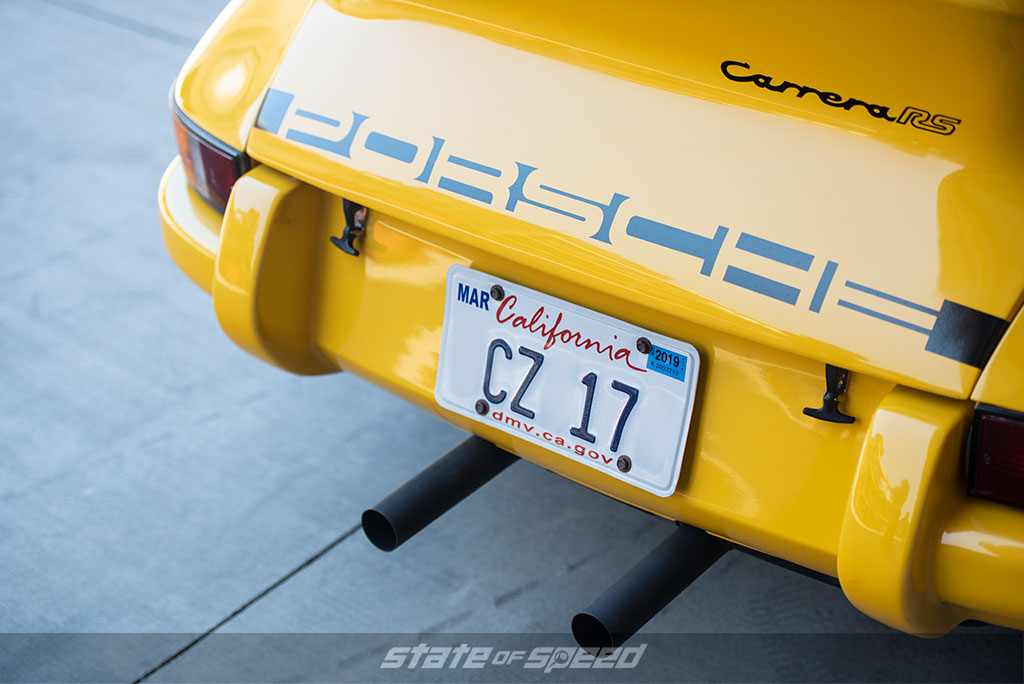 Another increasingly important consideration is tailpipe emissions. The industry has done an incredible job reducing pollution over the last four decades, with emissions control strategies that have a surprisingly small performance downside. The last untapped source of potential improvement, though, was engine startup. Because engines run so clean once they’re up to operating temperature, the majority of tailpipe emissions left to deal with happen during the cold start process. This is why current best practices close-couple a catalytic converter to the cylinder head in the exhaust manifold collector, to reduce the time it takes for the catalyst to ‘light off’ and start doing its thing. 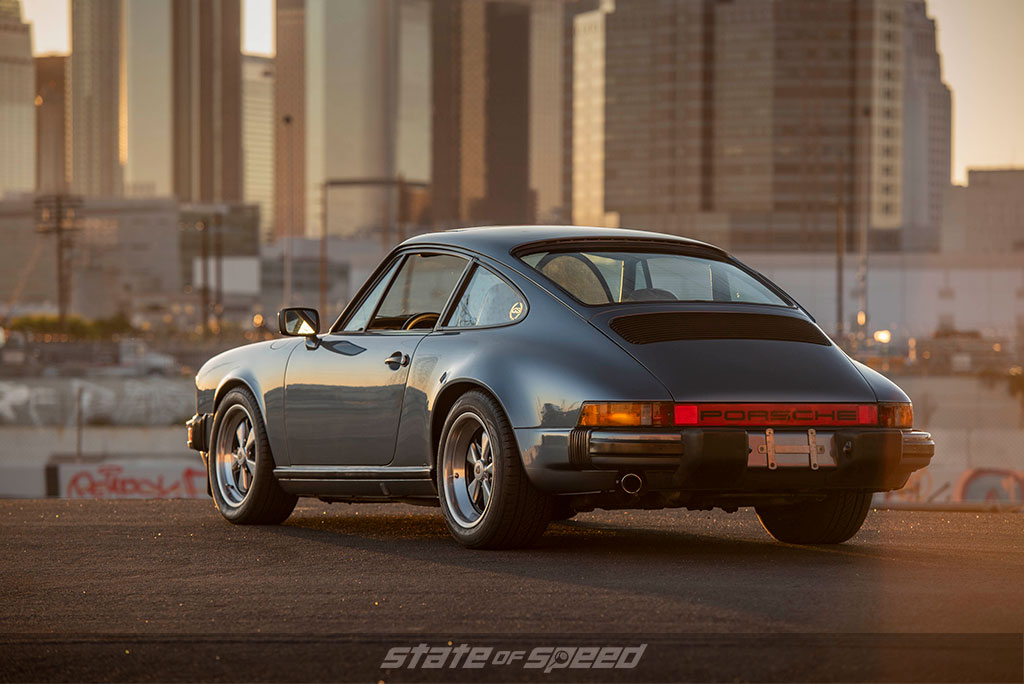 The same is true with ECU mapping during cold starts. Additional fuel must be added - back in the day, we had this thing called a choke that manually blocked airflow through the carburetor and enriched the mixture to the cylinders, but now it’s all handled via computer, with more fuel called for from the injectors until the engine reaches normal operating temperature. An air-cooled engine, even with modern fuel injection, is still slower to get to that point because the cooling system is always ‘on,’ but a water-cooled engine with a thermostat can keep the radiator out of the loop until everything is up to temperature.

Although it’s certainly possible to build an air-cooled engine with baffles to control the airflow past the cylinders (and indeed, this is a ubiquitous feature on light aircraft engines like the Continental and Lycoming flat-four and -six engines that power practically every Cessna, Piper, Beechcraft, and Lancair in the world today), the quick warm-up and precise in-operation control of temperature gives liquid-cooled engines an enormous advantage when it comes to clean tailpipe emissions, and it’s the main reason why Porsche (and to a lesser extent, Volkswagen) eventually adopted it after a long history of successful air-cooled engines. 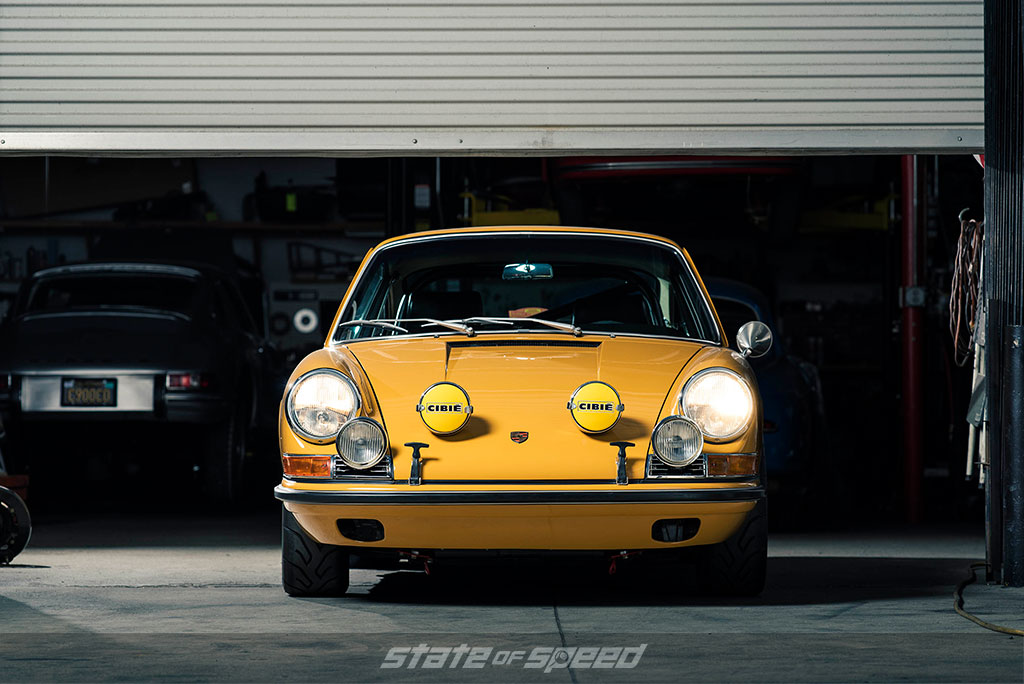 Finally, there’s the issue of noise. This may not seem like a big deal at first, but many countries have adopted noise standards that don’t just include the exhaust - intake and other engine noise all count toward the maximum decibel level a vehicle can legally produce. Liquid-cooled engines are inherently quieter than air-cooled ones, partially because of the dampening effect of the water jacket around the cylinders, and because there are no cooling fins directly attached to the reciprocating parts of the engine that can act as resonators, amplifying certain frequencies. 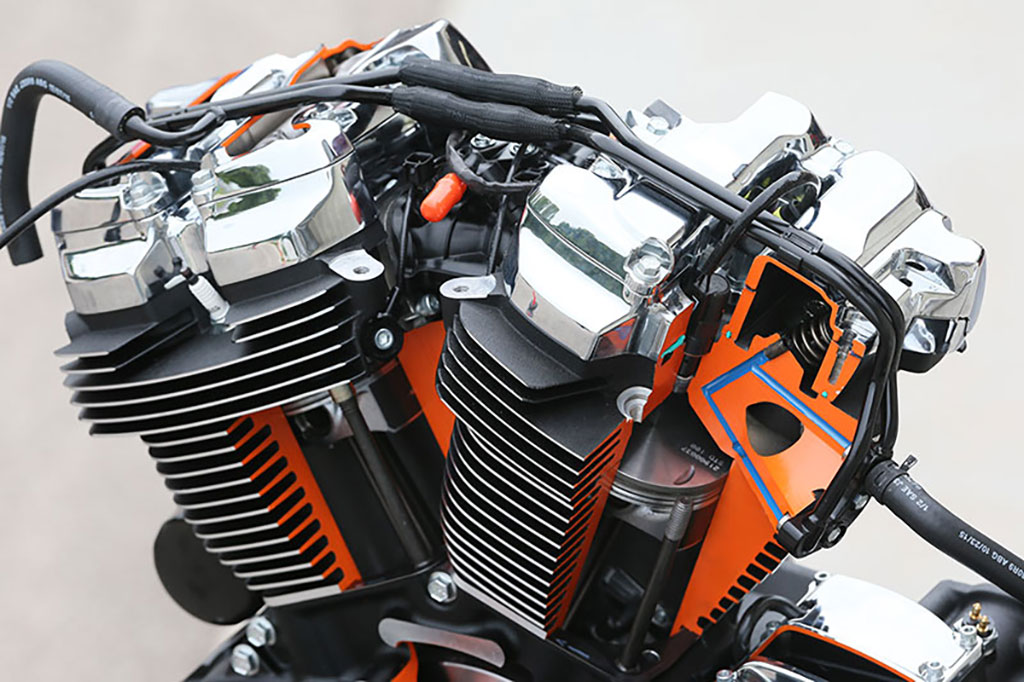 Even the notoriously atavistic Harley-Davidson motorcycle lineup, one of the last strongholds of air-cooled engine technology for road vehicles, is reluctantly moving toward liquid cooling. Their most recent design, the “Milwaukee-Eight,” circulates oil through passages in the cylinder heads, though the cylinder barrels remain air-cooled. It’s only a matter of time until they join their Japanese V-twin competitors and fully embrace water-cooled designs that retain vestigial cylinder fins for cosmetic purposes, if for no other reason than noise limits. After all, every decibel saved in mechanical noise from the engine itself is another decibel available for that all-important exhaust note, and while it’s hard to keep your customers from swapping to louder pipes once they get their bike home, it’s not practical short of complete replacement to go back to an air-cooled engine design. 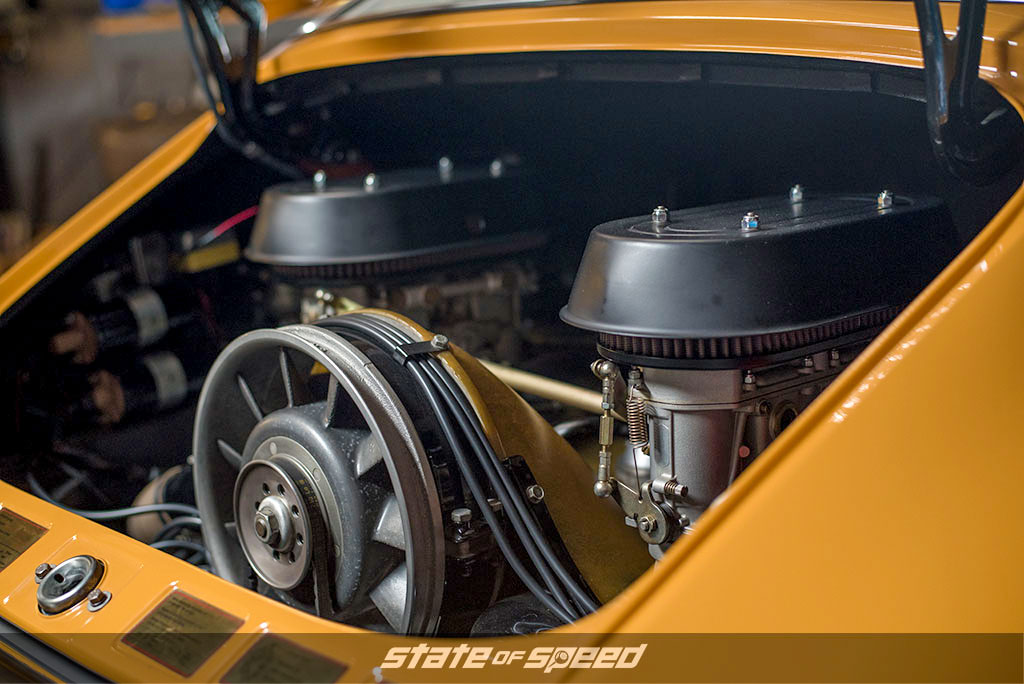 Like many different technologies that were competitive for quite a while, but eventually fell out of favor for the majority of users, air cooling has seen its time in automotive applications come to an end. Nevertheless, for other situations where light weight and simplicity are still the main priorities (like piston aircraft engines), they’ll remain in production and use for the foreseeable future, as they remain a viable solution to those particular needs. And of course, as long as there’s a single gallon of gas left on earth, somebody somewhere will be using it to fire up the 1600 flat four in their lovingly-maintained VW Super Beetle that still runs like a top.