State of Speed Basics - The Manly Science of Automotive Knowledge

In order for an internal combustion engine to run, you need to have some way to mix fuel and air together in the right proportions - too much of either ingredient, and the engine runs badly if it even runs at all. To make things more complicated, the right mixture is constantly changing all the time, depending on load, engine RPM, and even the weather. For most of automotive history, carburetors took care of this essential task but as the world demanded cleaner and more fuel-efficient engines, those complicated mechanical air/fuel mixers just couldn’t provide the precision and flexibility required and electronic fuel injection came to the rescue. So, what is EFI and how does it work?

At its most basic, an EFI system simply measures or calculates the amount of air an engine breathes, applies some logic that tells it how much fuel needs to go with it in order to burn properly, then adds that fuel to the intake air. Some EFI systems directly meter all the air that flows past a sensor - these are often called “mass airflow” for obvious reasons. Others, called “speed-density,” calculate how much air is moving through the engine based on factors like engine RPM, air temperature, throttle position, and what’s known as “volumetric efficiency” - a measurement of what percentage of the theoretical maximum airflow is actually making its way into the cylinders at any given moment.

No matter which strategy the EFI system uses to calculate airflow, an oxygen sensor in the exhaust pipe provides feedback to the computer to help refine the air/fuel mixture. This “closed loop” operation gives the EFI the chance to continuously correct itself to compensate for any disagreement between the programmed fuel supply and what reality actually demands. The tweaks the computer learns during closed loop operation often carry over to “open loop” situations, like when you are at wide open throttle and full power. This means that an EFI engine is constantly adjusting itself to match the conditions.

In the hands of a skilled tuner with the right software, EFI provides the opportunity to change how an engine runs with the click of a mouse and the alteration of a few numbers in a table, but for most of us, it just means that our cars run better, get better gas mileage and make more power, and start on a cold day at the turn of a key. 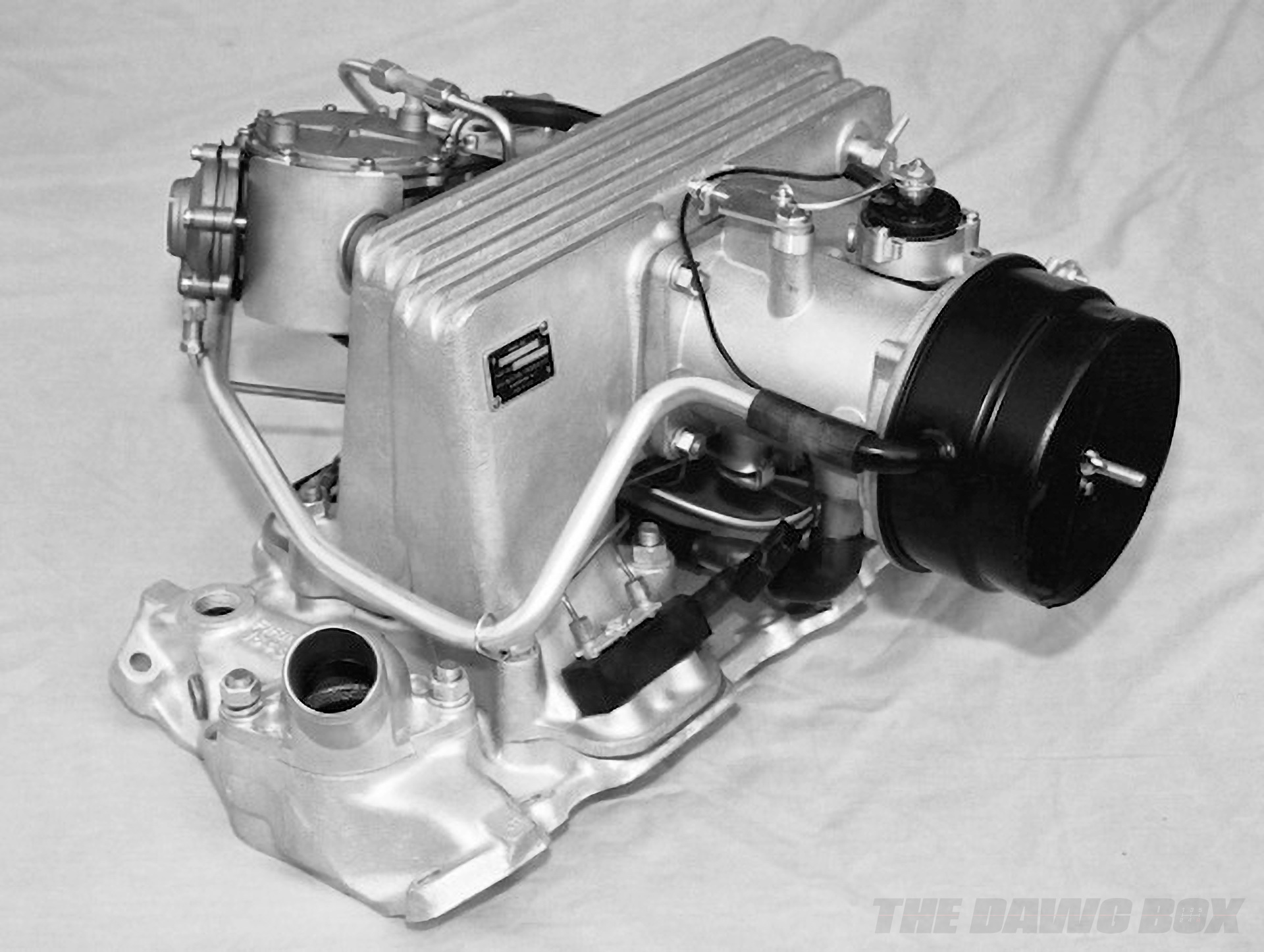 Back in 1957, Chevrolet introduced Rochester mechanical fuel injection as an option on the Corvette, but the system was so temperamental to tune and so few dealership mechanics were trained to take care of it that many owners scrapped the entire system and replaced it with a conventional carburetor. Today, original Rochester “fuelie” setups are worth thousands of dollars whether in working condition or not. 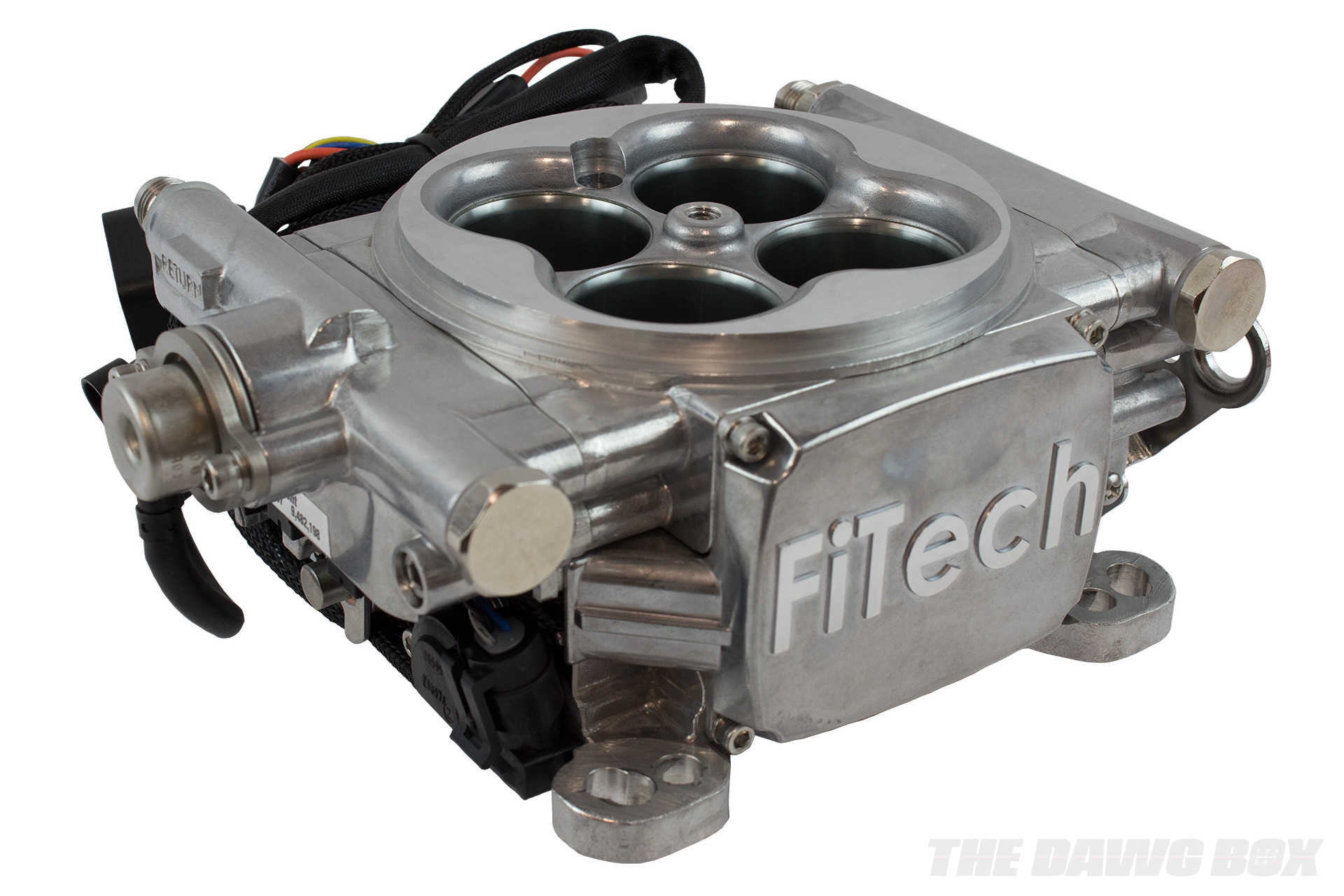 During the transition from carburetors to electronic fuel injection in the late 1980s, many manufacturers used “throttle body injection” where the computer controlled a few large-capacity injectors located where the carburetor would be in an older engine. This was a very practical way to gain most of the advantages of EFI with the fewest changes necessary to the existing engine design, and today, throttle body EFI conversions like this one from FiTech are a popular way to upgrade to electronic fuel injection. 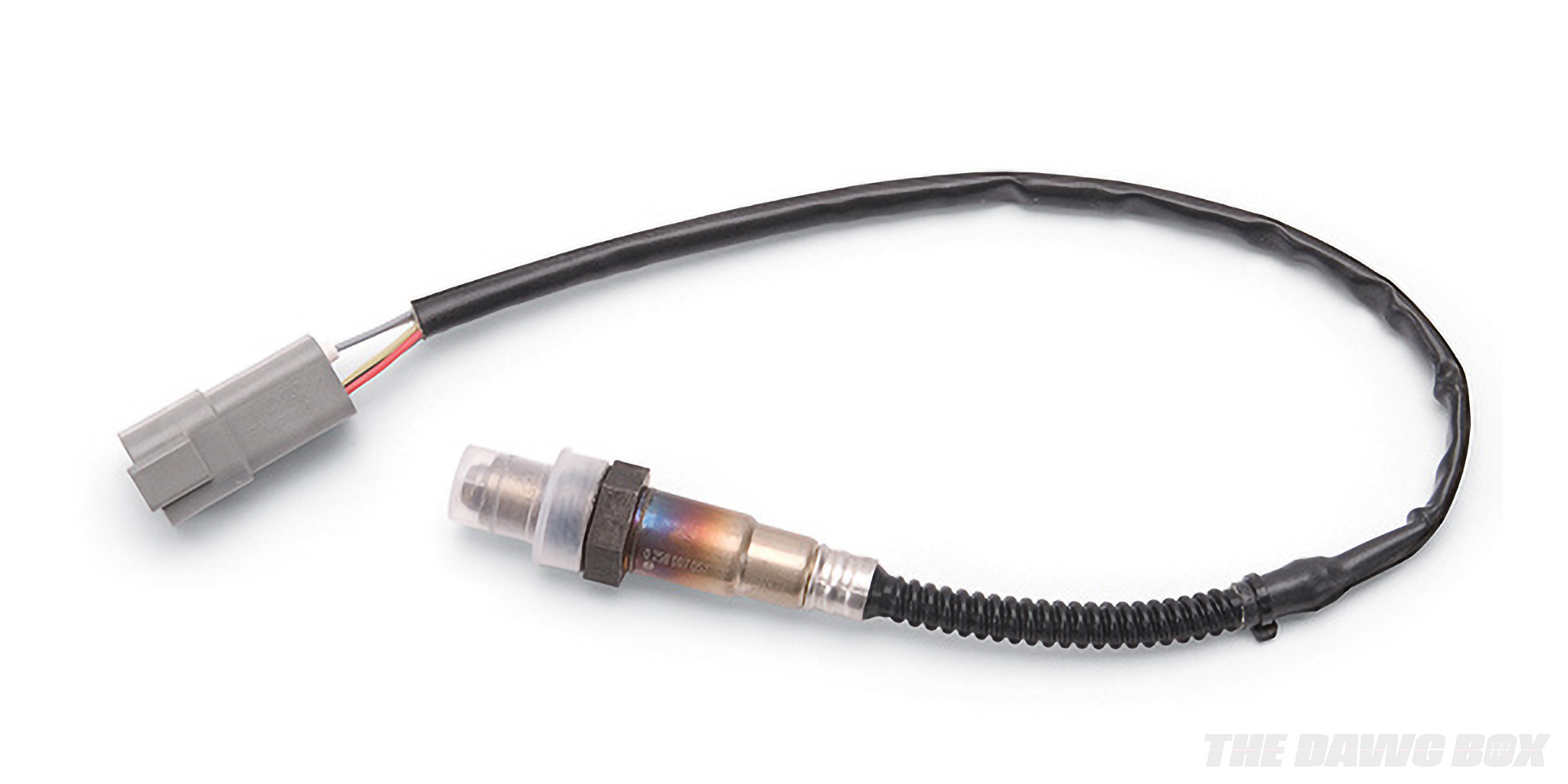 All modern factory electronic fuel injection systems use an oxygen sensor (and often more than one) to determine the engine’s actual air/fuel ratio by sampling the exhaust gasses. This allows the EFI to continuously correct the ratio to deliver exactly the right mix for the conditions. Factory EFI systems used to rely on ‘narrowband’ sensors that could only signal whether the exhaust was rich or lean of the 14.7:1 air to fuel mixture that represents complete combustion, but today’s OEM engines (as well as aftermarket EFI systems) use more sophisticated ‘wideband’ sensors that can accurately measure a much broader range of lean or rich ratios. 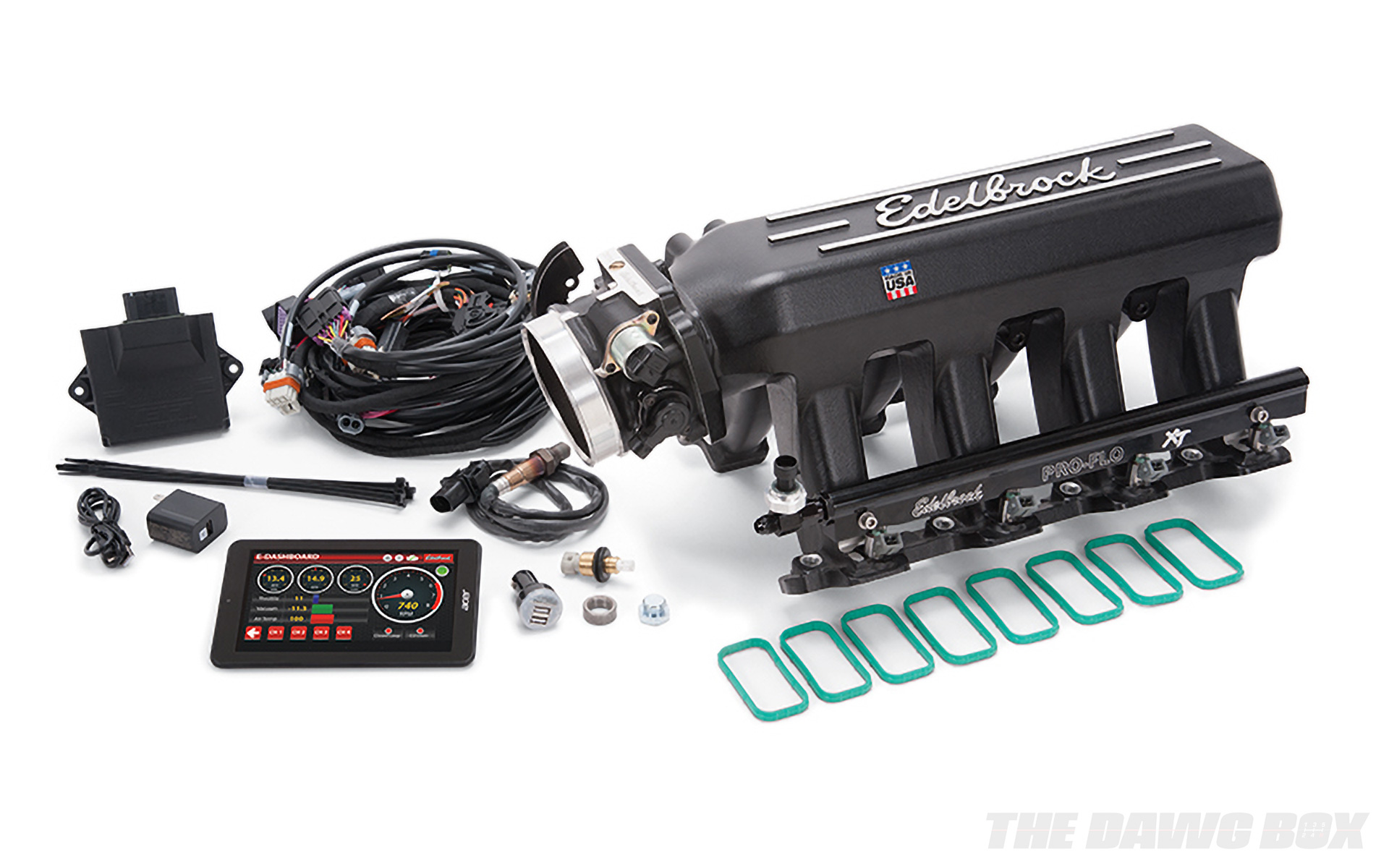 This high-performance aftermarket EFI system from Edelbrock features sequential port injection - there is one fuel injector per intake runner, and the computer activates it in time with the opening of the intake valve for maximum precision. Some dedicated racing port fuel injection systems even have more than one injector per cylinder, with a small-capacity one providing very precise control at part-throttle and a large capacity injector that takes over at wide open throttle. 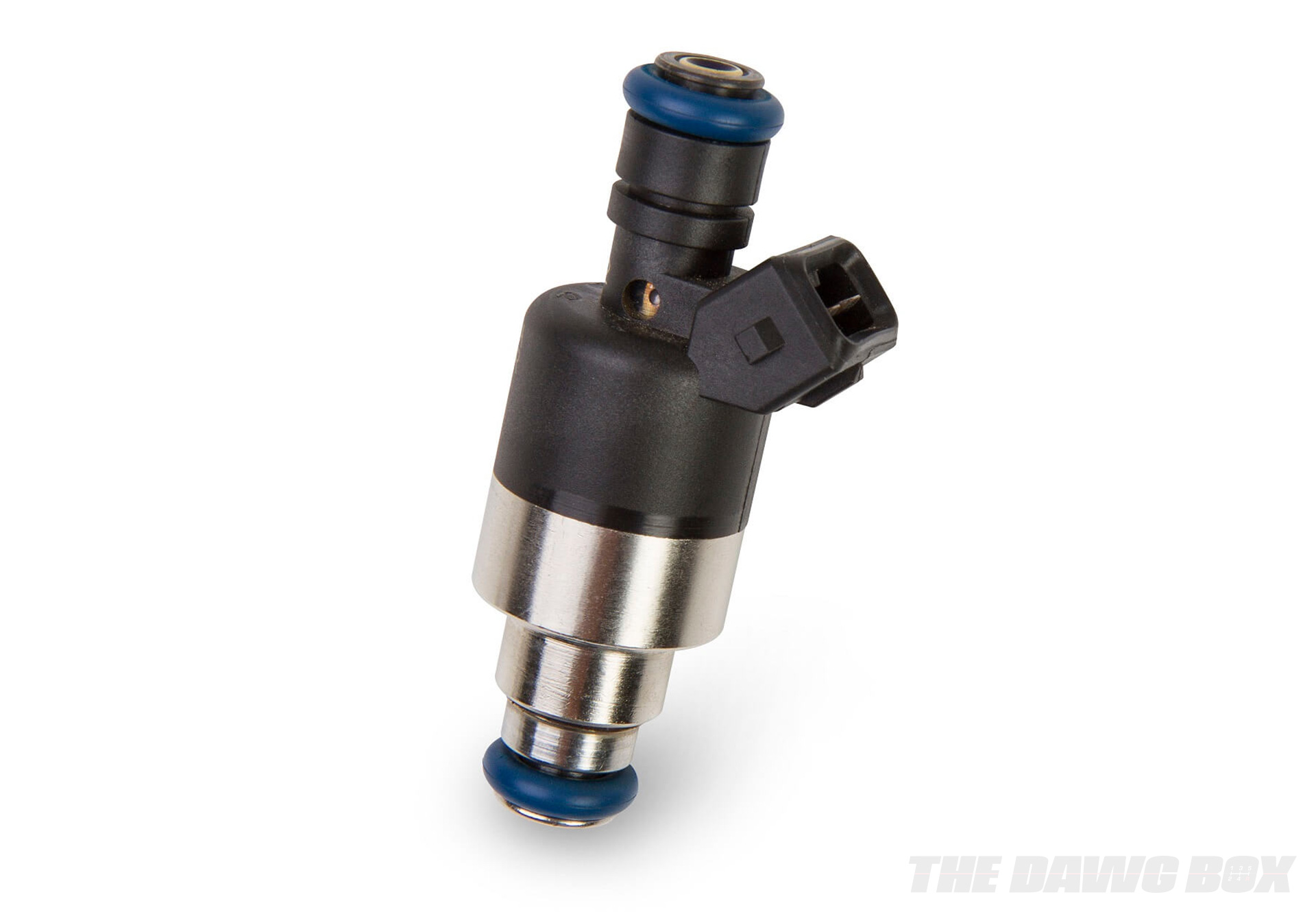 Electronic fuel injectors come in several standard shapes and sizes, as well as different flow capacities to match engines ranging from motorcycles to turbocharged Pro Mod dragsters. They all have one thing in common, though - they act as electronically controlled valves that deliver a precise dose of fuel on command, supplied from a pressurized fuel rail. This Holley injector is an older factory-style design that is still popular with racers thanks to its durability and high maximum capacity.